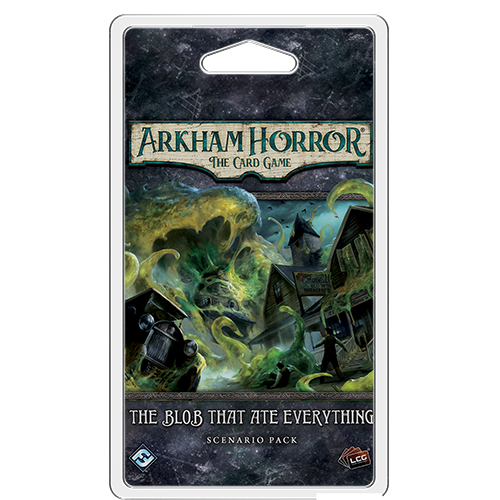 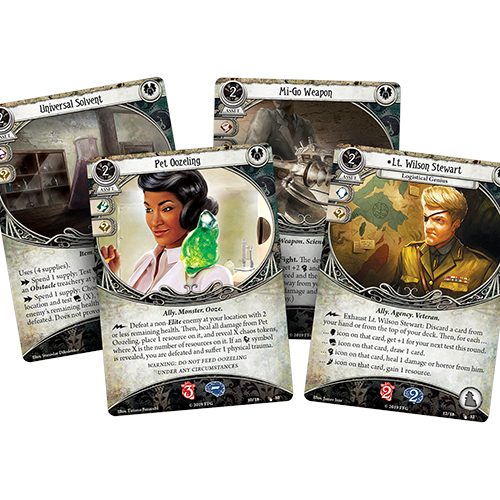 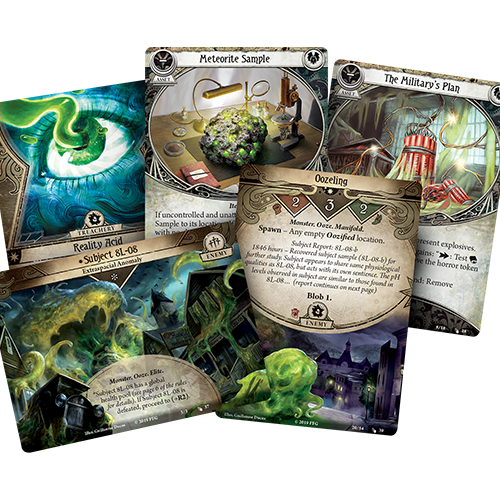 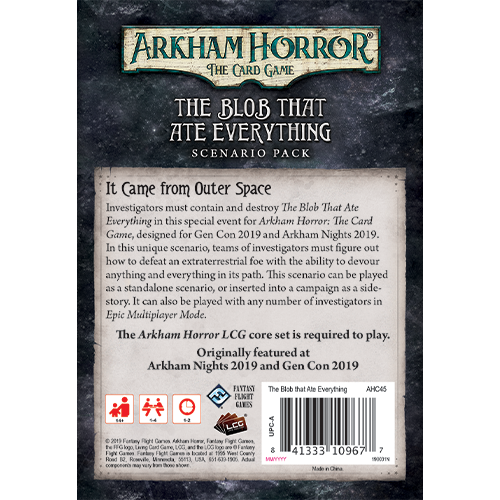 ARKHAM HORROR LCG: THE BLOB THAT ATE EVERYTHING MYTHOS PACK

Something out of this world is coming to Arkham in The Blob That Ate Everything Scenario Pack for Arkham Horror: The Card Game! This standalone adventure, which first premiered at Gen Con 2019, takes players back into the world of H.P. Lovecraft’s Cthulhu Mythos where just beyond the edge of Blackwater, something unnatural has gone out of control. After a strange meteor made impact, the town was placed under lockdown by a shadowy government agency—no one was allowed to leave, and only a few select investigators were allowed to enter. That is, until the thing hatched. Now, time is running out as all hell breaks loose in Blackwater. Even as the anomaly continues to grow and devour everything in its path, the quarantine is still strictly enforced. The only way you’re getting out alive is if you kill it...if that’s even possible.

This is not a standalone product. It requires theArkham Horror: The Card Game Core Set and The Dunwich Legacy deluxe expansion to play. 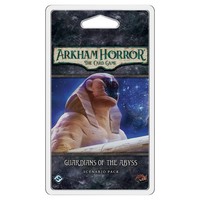 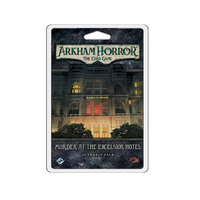 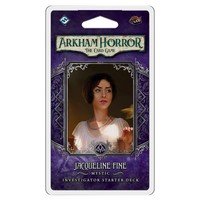 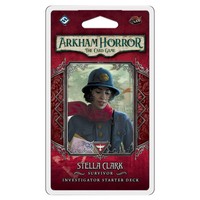 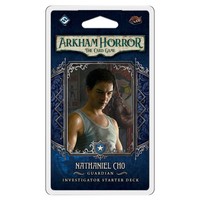 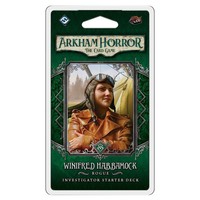 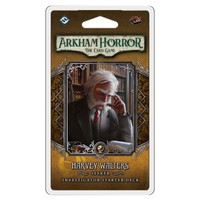