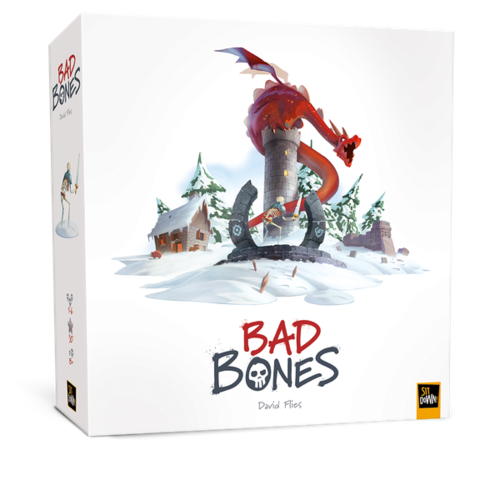 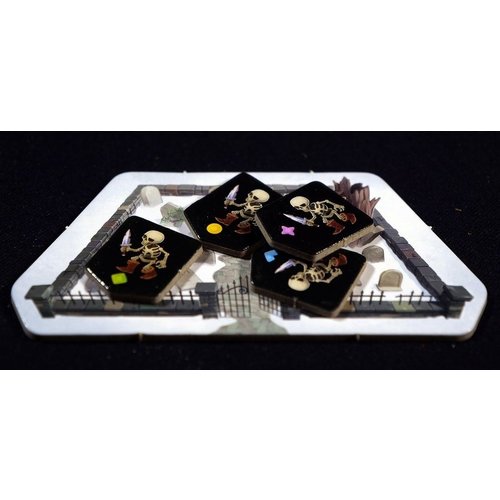 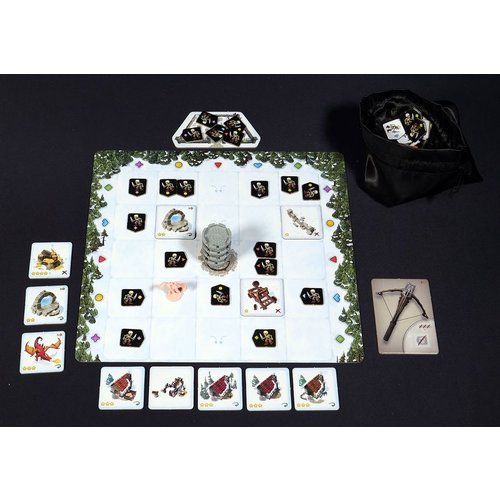 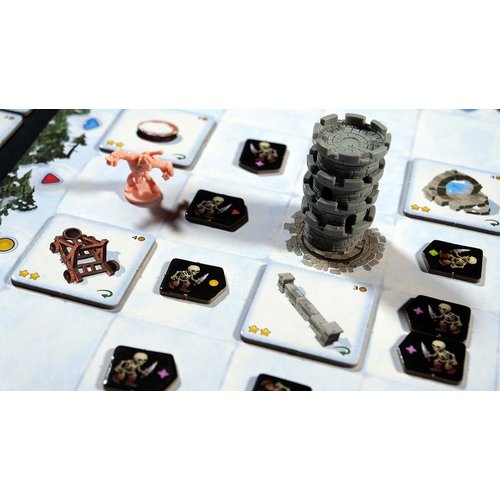 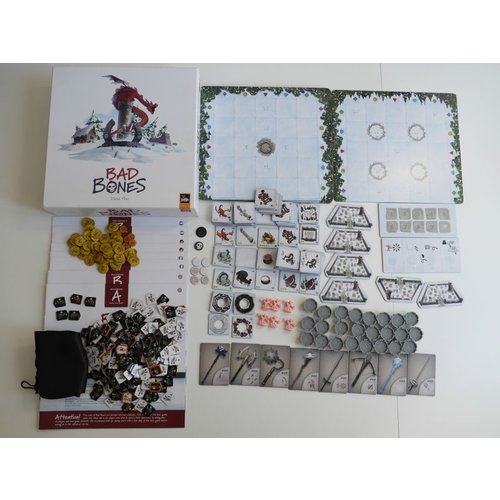 You lead the good life at the top of your tower, contemplating your peaceful kingdom and chatting with your charming neighbors. Life is absolute happiness. Well, it was...

Terrible skeletons have arisen with a creepy clatter from their graves across the realms' ancient cemeteries. Those scouts that return report endless streams of bony hordes marching toward each kingdom, ravaging the lands as they come. Faced with this sudden threat, even your once friendly neighbors seem to have turned against you as they withdraw to their keeps to defend their own frightened kingdoms, focusing on their own villages and tower.

Your kingdom is at siege by the living dead. You raise troops, build walls, lay traps, prepare magical spells and even wake your pet dragon. Hopefully they can be slowed, or if you're devilishly crafty, they can be turned toward those traitorous adjoining kingdoms. In this battle, your best asset is your brave and proud hero, who stands ready to slay those piles of walking bones. Alas, he can't fight everywhere, so if things get truly desperate, you could offer them your treasure to get some relief.

The ivory invaders want somewhere to call their own to live out their death in peace, and they have their eye sockets on you! Will you hold out, or will your home become the retirement village of the damned...?

Bad Bones is a game in which you must survive an invasion of ever more numerous and dangerous skeletons. The invasion cannot be defeated, so you must outlast your opponents to win the day. At your disposal are a range of weapons that defeat, slow, or even deflect the skeletons towards the other players. The game ends when one player's tower or village is wiped out.

1] Hero Movement and Combat: Move your hero and eliminate the skeletons from the destination square.
2) Trap Placement: Place or remove traps on your personal board.
3) Skeletons Move: Move the skeletons forward, damaging your tower or your village if they move far enough.
4) Skeletons Spawn: Place new skeletons among the streams and on the edges of the player boards.

Each phase happens simultaneously for all players on their own player board, which means a game with up to six players can take only thirty minutes. Multiple copies of the game can be combined to play with as many players as you have space for, and the game can also be played solo. The rules are simple to explain and understand, with several strategic variations for experts.