From flame-filled magmaholds they march, the power of their war-god flowing into them from blazing runes of gold hammered into their flesh.

Master the blazing wrath of the Grimnir’s chosen sons with Battletome: Fyreslayers – your complete guide to these mighty warriors. Part mercenary, part warrior-monk, Fyreslayers quest endlessly to gather the golden shards of their shattered god, and are among the most feared warriors in the Mortal Realms. In this book, you’ll discover the long history of the Fyreslayers – from their foundation in the Realm of Fire and how they mastered the arcane secrets of ur-gold runes to their latest battles in the Soul Wars. Stunning and evocative art brings the world of the Fyreslayers to life, while a showcase of beautifully painted miniatures is great for inspiring your own armies.

With this book, you’ll be able to unleash the might of the Fyreslayers yourself on the tabletop. A set of allegiance abilities rewards you for taking a pure Fyreslayers army with the arcane powers of the ur-Gold runes, while a set of lodge rules allow you to dedicate your army to some of the most legendary warrior-brotherhoods of Fyreslayers. Command Traits and Artefacts allow you to customize your heroes, while Magmadroth traits make these mighty beasts of flame even deadlier.

The book is also a great resource for collectors and painters, featuring some top tips for building up your first army and making it look awesome.

This battletome contains:
- Lore and art exploring the background of the Fyreslayers
- A showcase of beautifully painted miniatures
- Allegiance abilities for Fyreslayers, including battle traits, 2 tables of command traits, 4 tables of artefacts of power, Magmadroth traits, prayers, and Magmic Invocations which can be used by Fyreslayer Priests
- Background and rules for fielding the following named lodges: Vostarg, Greyfyrd, Hermdar, and Lofnir. Each includes abilities, command abilities, command traits, and artefacts of power which are unique to that lodge
- Two battleplans, each epitomizing the way the Fyreslayers wage war, including objectives for both sides, deployment maps, special rules, and victory conditions.
- Path to Glory campaigns – rules for creating a Fyreslayers warband for Path to Glory. Includes Champion Rewards Table, and Followers Rewards Tables
- 4 warscroll battalions for fielding different combinations of models
- 15 warscrolls, plus 3 Magmic Invocation warscrolls and a warscroll for the Magmic Battleforge
- Pitched Battle Profiles for all units, Magmic Invocations, and the Magmic Battleforge featured in this battletome, including min/max unit sizes, points values and battlefield roles 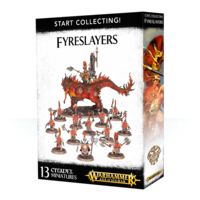 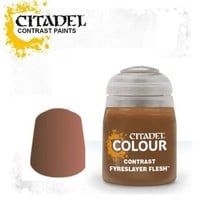 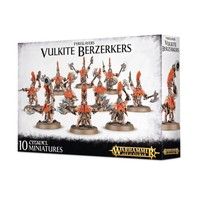 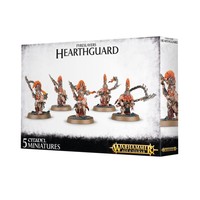