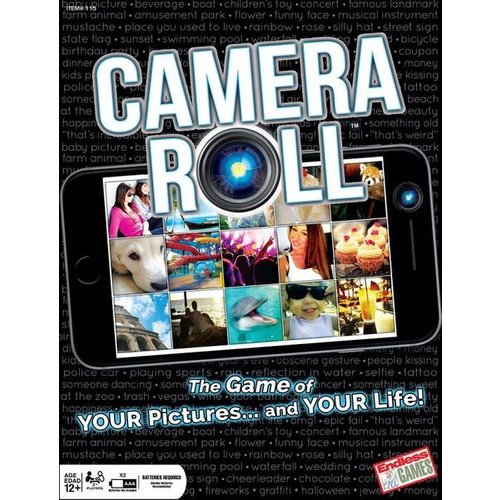 Camera Roll is played using your own photos - no Internet searches allowed!

Each player must have his/her own device whether it is a Cell Phone, iPad™/Tablet, Laptop, iPod™, Camera, etc. Grandma can even play with her photo albums!

Win a pRedetermined amount of rounds to win the game. A “round” will conclude after each player has had an opportunity to be the “Judge”. The player with the most points at the end of each round wins that round. The number of rounds and players will decide the length of the game, you can play as many rounds as you like.

Points are scored by finding pictures on your device that match the categories that are revealed. There are 3 ways to score points on every turn:

YOU BE THE JUDGE!

Players take turns serving as the “Judge”. When a player is the Judge, they are responsible for selecting and announcing the new category, starting the timer, and deciding who the “first” and “best” photo points are awarded to. The player with THE MOST pictures on his/her phone shall be the first Judge,with the role rotating clockwise around the table after every category. The Judge does not play that round.