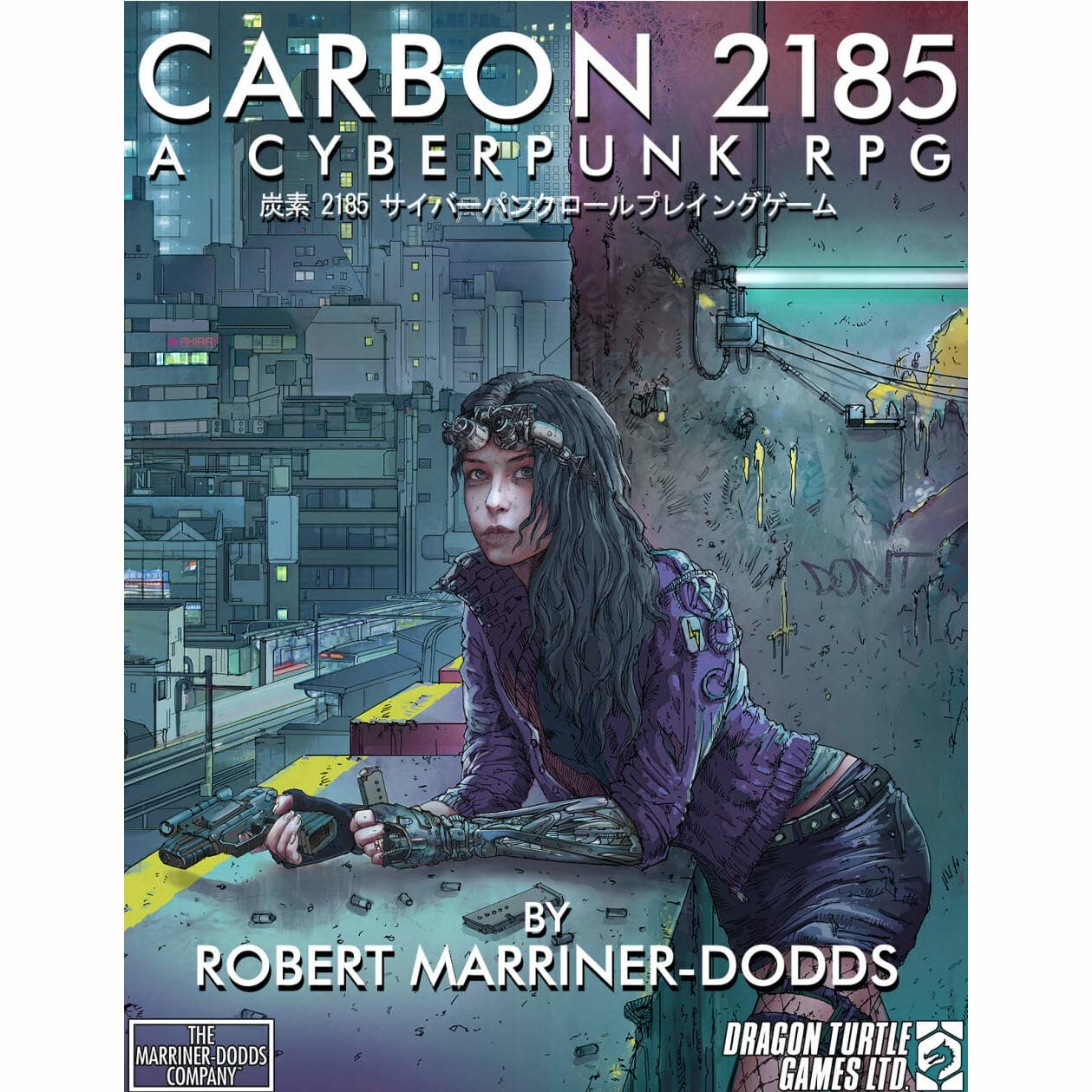 Play as a Cyberpunk, a rebel refusing to live life by the rules of the oppressive megacorporations that rule San Francisco in this high action tabletop roleplaying game by Robert Marriner-Dodds.

Carbon 2185 gives you the chance to play in the cyberpunk worlds you've seen in movies, television shows, and video games.

The Core Rulebook is the only thing you need to run and play hundreds of hours of games in the world of Carbon 2185.