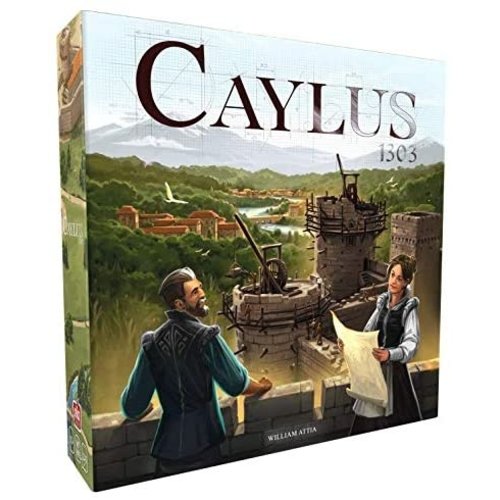 As one of the first worker placement games, Caylus stands among the true board game classics of the 2000s. The original designers' team, together with the Space Cowboys, have now created a revamped version!

The players embody master builders. By building the King's castle and developing the city around it, they earn prestige points and gain the King's favor. When the castle is finished, the player who has earned the most prestige wins the game. Each turn, players pay to place their workers in various buildings in the village. These buildings allow players to gather resources or money, or to build or upgrade buildings with those resources. Players can also use their resources to help build the castle itself, earning points and favors from the king, which provide larger bonuses.

The mechanisms of Caylus 1303 have been streamlined and modernized for an intense and shorter game. Don't be fooled, though, as the game has kept both its depth and ease of play while a lot of new features have been added:

The King calls you again, so it's time to go back to Caylus!