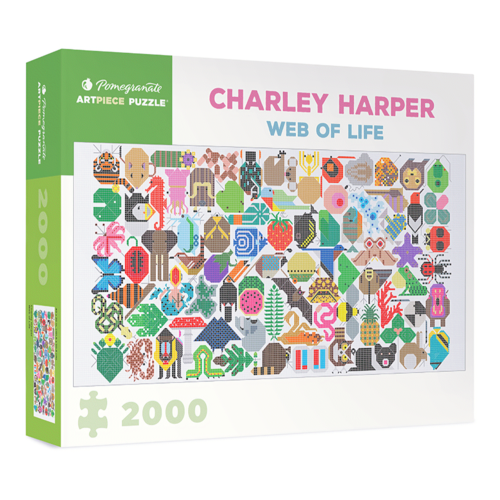 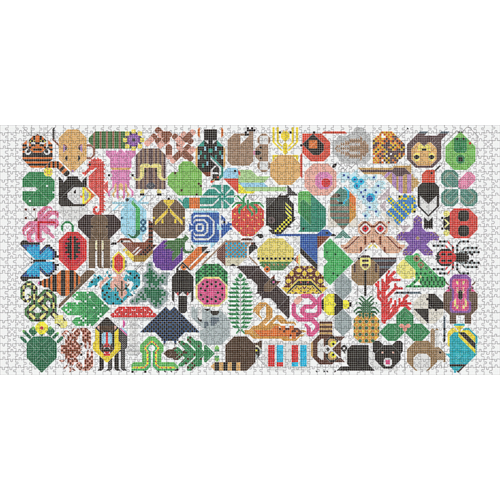 From cardinal to chili pepper, cowfish to cyano-bacterium, Charley Harper’s Web of Life brings together 81 interconnected life-forms in a colorful homage to the biological sciences. Worked in his signature minimal realism style, this celebrated ceramic tile mural is showcased within Pearson Hall, a sciences hub on the campus of Miami University, Oxford, Ohio. Harper, a wildlife artist as well as a lifelong naturalist and conservationist, said, “I regard the picture as an ecosystem in which all the elements are interrelated, interdependent, perfectly balanced . . . in a world of chaos, the picture is one small rectangle in which the artist can create an ordered universe.” Harper’s entire mural, made of thousands of small tile squares, is reproduced on the included key. All of the identified species are depicted on this delightfully challenging 2000-piece jigsaw puzzle. 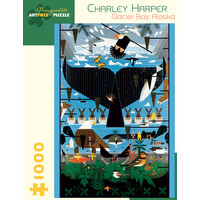 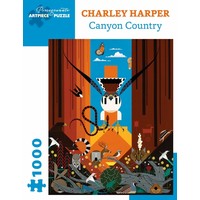 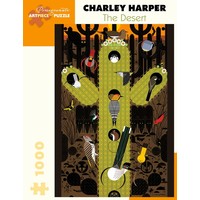 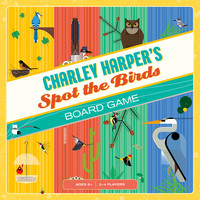 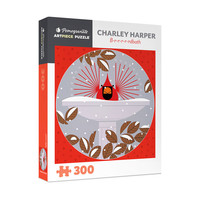