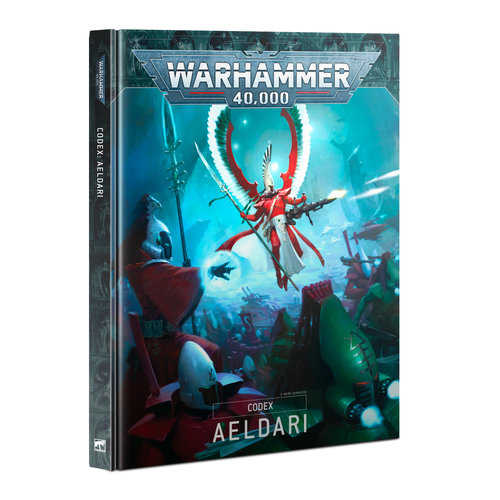 The Aeldari once ruled the galaxy, before their civilization collapsed under the weight of their hedonism. Now they are a dying and fractured race, their differing factions all finding ways to survive in a galaxy where their extinction seems inevitable. All members of Aeldari society depend on the power of their seers, the skills of their warriors, and the technological superiority of their sleek weapons and engines of war.

The Asuryani sail the sea of stars aboard massive starships called craftworlds, their citizens keeping to highly disciplined Paths to avoid drowning in the same decadence as their ancestors. The Harlequins are warrior-dancers who worship Cegorach, the Laughing God, and do not distinguish between art and war. Some, like the Corsairs, hark back to the individualism of old, plundering the space lanes for personal profit, while the Ynnari see the salvation of their race in grim unification under Ynnead, the God of the Dead.

This luxurious and expansive book is a must-have for Aeldari players and collectors. Not only does it provide you with the rules to play an Aeldari army, but it also contains loads of background lore, so you can learn all about the rise and fall of the Aeldari, how they wage war, the many Paths their society walks, and the diverse factions that exist beneath the Aeldari banner.

Inside this 200-page hardback book, you'll find:
– In-depth background on the Aeldari, from their rise and fall to the many factions that split off from their original civilization, as well as information on multiple craftworlds such as Biel-Tan, Saim-Hann, Iyanden, and Ulthwé
– Majestic artwork depicting many aspects this once-great and still awe-inspiring civilization, from fearsome Aspect Warriors to roguish Corsairs
– All the rules you need to play an Aeldari army, be they craftworlders, Ynarri, Harlequins, Corsairs, or a mix, including 57 datasheets, from the war-forged Avatar of Khaine to the rank and file Guardian Defenders
– All the rules you need to lead Asuryani, Harlequin, and Ynarri forces in Crusade and narrative games, including Agendas, Battle Traits, Requisitions, Crusade Relics, and unique campaign structures for each faction of Aeldari
– An 'Eavy Metal miniatures showcase full of lovingly painted Aeldari miniatures 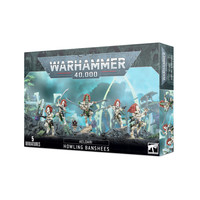 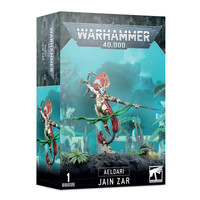 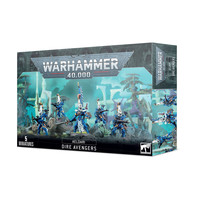 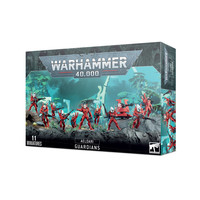 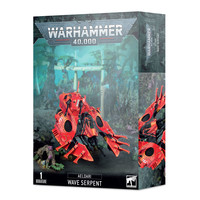 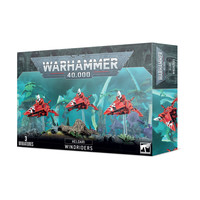 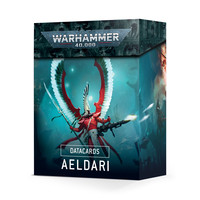 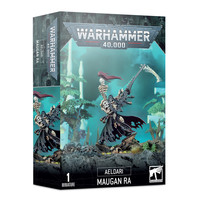 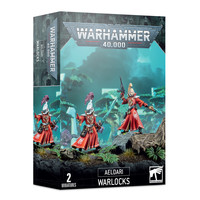