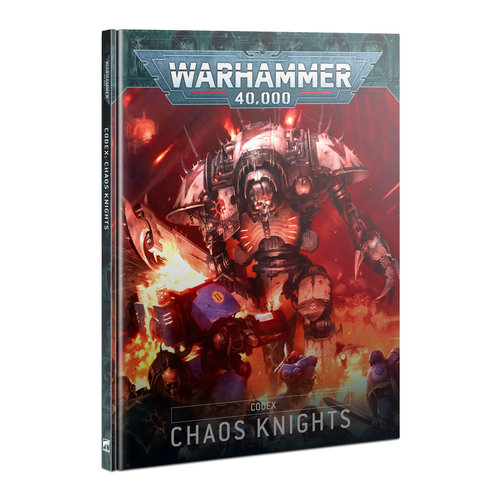 The definitive book to using the fallen knight households of chaos. Read more

With the thunderous tread of gargantuan feet and the booming roar of cannon fire, lances of Chaos Knights charge into their terrified foes. They are demigods of death, wrought in iron, bludgeoning forward under storm clouds of dread and misery. Loping War Dogs hunt foes like giant hounds, while their hulking, abhorrent masters pound and cleave their victims into ruin. These monolithic war suits tower over their enemies, walking engines of tyranny armed with deadly weapons capable of obliterating even the most durable of opposition.

They are piloted by hate-filled Fallen Nobles, connected to their titanic steeds via the arcane neural links of their Throne Mechanicum. Most of these cruel pilots hail from corrupted dread houses – courts of infamy bent on dominion in the name of the Chaos Gods. Others fight as masterless Dreadblades, blighting the galaxy as lone paragons of torment. Where once they defended Mankind as noble champions of honor, Chaos Knights now spread death and despair wherever they march.

This comprehensive book is a must-have for those who play and collect the dread harbingers known as the Chaos Knights, as well as those who entice a Dreadblade Knight to serve in their Chaos armies. It provides all the rules to play a Chaos Knights army – including Dread Households, the Favor of the Dark Gods, and the terrible powers of the Warp Storm – and contains a substantial lore section so that you can learn all about the corruption of the once-chivalric Knight Households, the nature of their vile mechanical steeds, and the devastating armaments they bring to bear in battle.

– In-depth background on the Chaos Knights, the Iconoclast and Infernal Knight Houses, and the perfidious Dreadblades
– Detailed artwork of the devastation wrought by these Fallen Nobles and their apocalyptic steeds, as well as the icons of their most feared Houses
– All the rules you need to play a Chaos Knights army, including 10 datasheets, unique upgrades and powers, and how to include a Knight in other Chaos armies
– Complete rules for Crusade campaigns and narrative games, in which your Knights set the galaxy aflame as they progress down the Eightfold Path to Damnation
– An 'Eavy Metal miniatures showcase full of wonderfully painted Chaos Knights miniatures 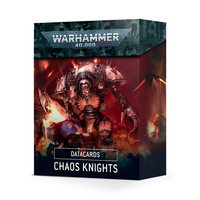 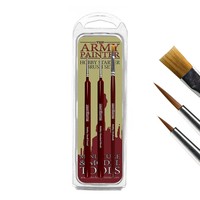 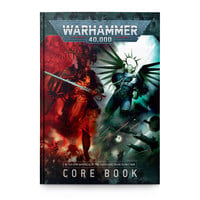 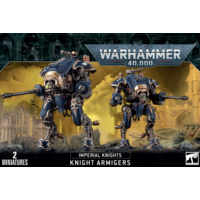 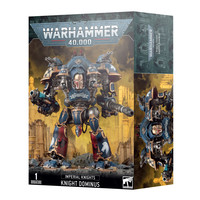 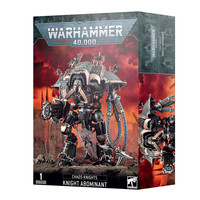