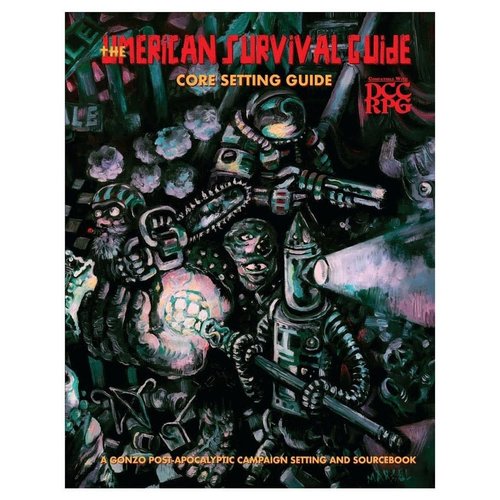 Foretold in the ancient calendars, early in the 21st century a rogue object from deep space hurtled near the Earth and struck the Moon. Its impact caused catastrophic destruction around the globe, ripping the very fabric of time and space itself; yet mankind still survived. Centuries later, the planet is reborn... a strange new place of alien wonder and death: a world ruled by savagery, cruel sorcery, and twisted science. Now is the time for the mighty to rise up and take their place in this perilous and untamed land. Will they bring justice or suffering? Only time will tell...
Within this irradiated tome you will find:

An extensive, revised mutation system usable by all characters and creatures

A pantheon of Umerican Gods and Patrons, old and new

A comprehensive section on the Citadel of Scrap, a good campaign starting point for exploring Umerica

Dozens of random tables covering aspects of everyday wasteland life, finding salvage, and adventure creation plus much, much more!