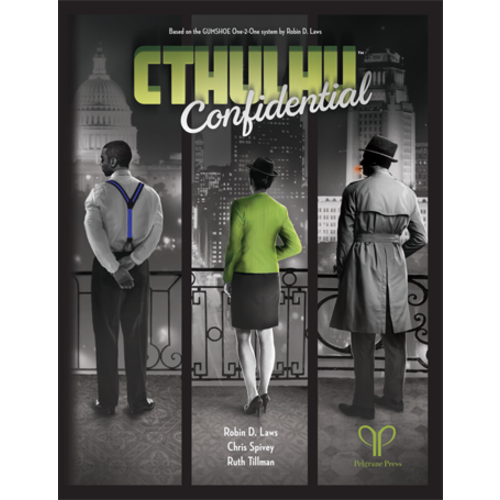 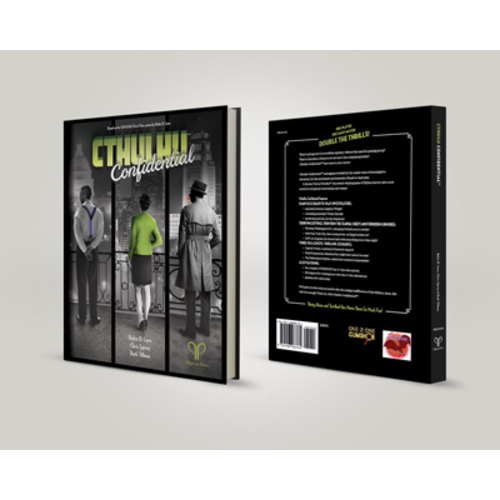 Langston Wright is an war veteran and scholar in WW2-era Washington, D.C. Vivian Sinclair is The New York Herald’s most determined scoop-hound in 1930s NYC. And Dex Raymond is a hard-boiled private detective with a nose for trouble in 1930s Los Angeles.

Each is a lone investigator, equipped with smarts, fists, and just maybe a code of honor, uncovering their town’s secret truths. But what happens when you scratch the veneer of human malfeasance to reveal an eternal evil—the malign, cosmic indifference of H.P. Lovecraft’s Cthulhu Mythos?

You get the GUMSHOE One-2-One game, Cthulhu Confidential™.

One Game Master, One Player

GUMSHOE One-2-One retunes, rebuilds and reenvisions the acclaimed GUMSHOE investigative rules set, as seen in such hit roleplaying games as Trail of Cthulhu and Night’s Black Agents, for one player and one GM.
Together you create a story that evokes the classic solo protagonist mystery format.

Cthulhu Confidential includes all the rules you need to play GUMSHOE One-2-One, plus a detailed approach to building your own mysteries.

Cthulhu ConfidentialTM drops your hero into the noir nightscape of hardboiled-era Los Angeles, New York, or Washington, D.C. Meet powerbrokers and politicians, rub shoulders with Hollywood studio bosses and fiery evangelists. Face narrow-eyed G-Men, bent cops and dangerous crime lords. But beneath it all, under the scrim of all this human endeavour, lives corruption so old and inhuman you’ll need all your courage and resourcefulness to face it.

Cthulhu Confidential features three protagonists each in their own setting, with three fully-featured adventures, which serve as a complete model for further mysteries of your creation.