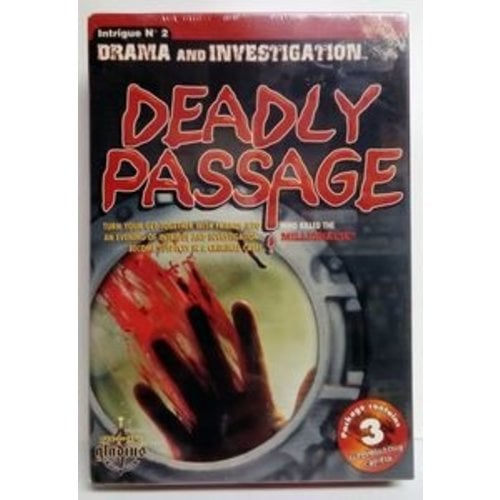 Turn your get-together with friends into an evening of intrigue and investigation. Become suspects in a criminal case!

Who killed the millionaire?

It is June 29, 1928. American millionaire Holden Goldman has an important announcement to make and has invited eight guests on a cruise aboard his private yacht to the Galapagos Islands.
And so he made it! The yacht had barely departed from the port of Lima when the Millionaire announced his recent marriage to his secretary, a woman 30 years his junior! Despite their obvious amazement, all of his guests offered their best wishes to the newlyweds.
After the astonishing news, the guests retired to their staterooms to prepare for supper and recover form their initial shock! Suddenly, they heard a tremendous commotion above deck. The Millionaire was found dead, stabbed to death.
Who could have done such a thing? It is up to you and your guests to solve the mystery during an evening in which everyone becomes an actor in an intriguing criminal investigation.