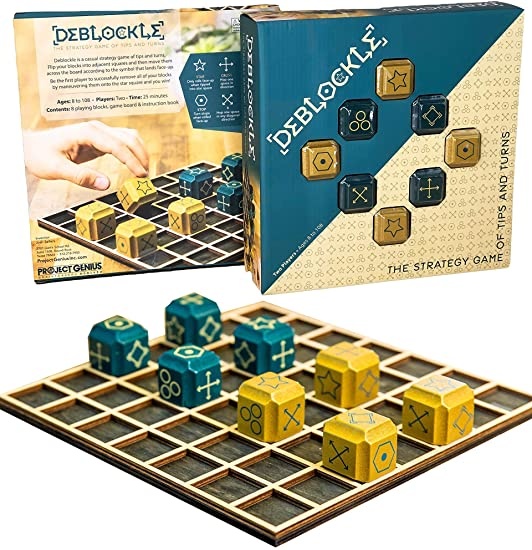 Deblockle is a casual strategy game of tips and turns for two players. Take turns flipping your blocks into adjacent squares and then moving them across the board. Be the first player to successfully remove all of your blocks by maneuvering them onto the final square on the board, and you win!

How to win: Be the first player to remove all four of your blocks from the board. The only way to remove a block is when it is rolled star side up onto the star space at the opposite side of the board.

On each turn, a player will move in 2 steps: To begin your turn, tip one of your blocks into any open adjacent space. You may not roll diagonally, and you may not roll into the star space. After tipping, you must hop that same block according to the symbol that lands face-up after the roll. You may only hop onto open spaces.