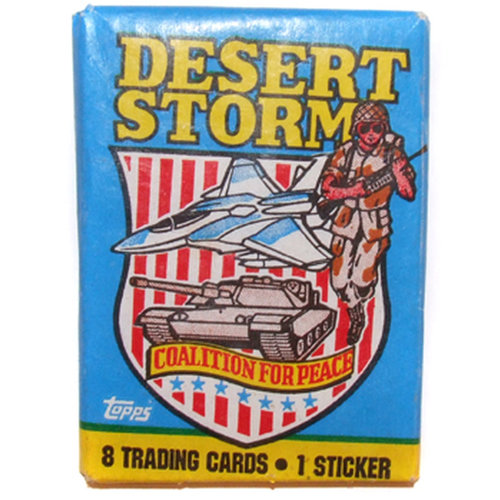 When the Gulf War broke out, several card companies produced sets looking at the major players, weapons and technology involved in the conflict. However, none made a bigger splash than Topps. 1991 Topps Desert Storm trading cards span a total of three sets. Today, they're a cheap trip back to a major moment in modern history.

Totaling 264 cards and 44 stickers, 1991 Topps Desert Storm cards aim to explain what happened, albeit through a patriotic lens. Background, technology and key figures in the Gulf War are all part of the checklist. Some of the notable politicians and military minds in the set are President George H.W. Bush, Colin Powell, future Vice President Dick Cheney, Norman Schwarzkopf, Saddam Hussein and Mikhail Gorbachev. The set also goes deep into many of the weapons, jets, aircraft carriers and other military details used by coalition forces. 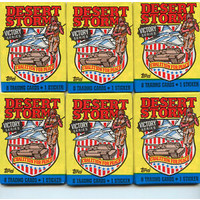