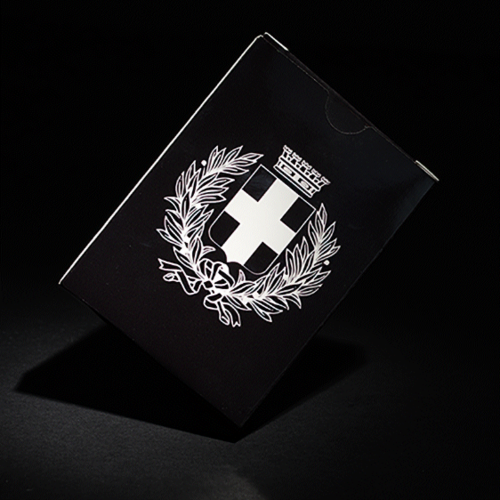 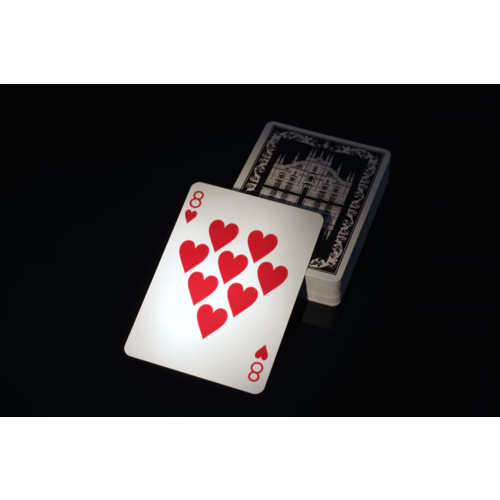 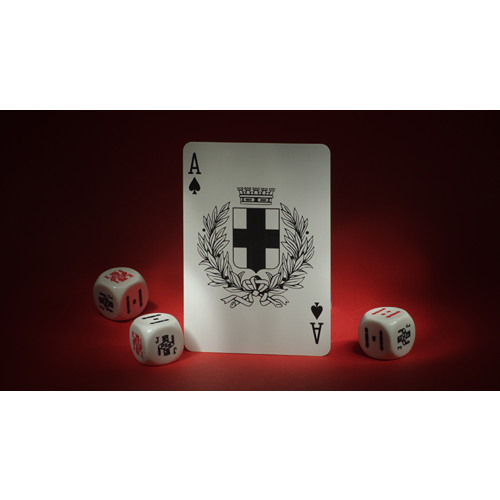 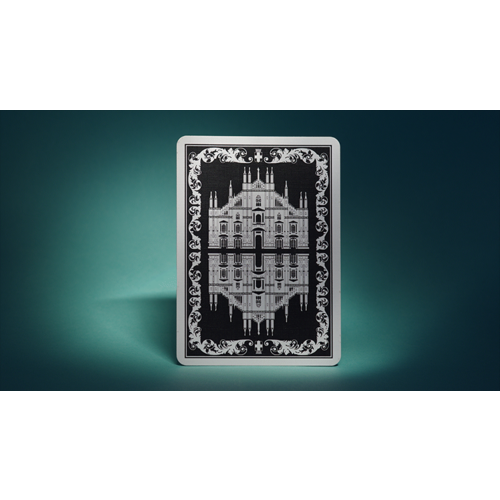 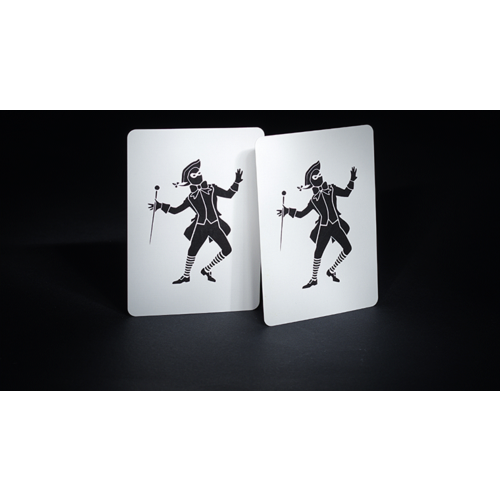 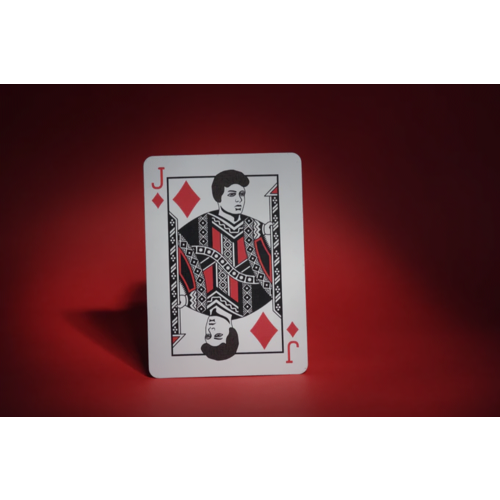 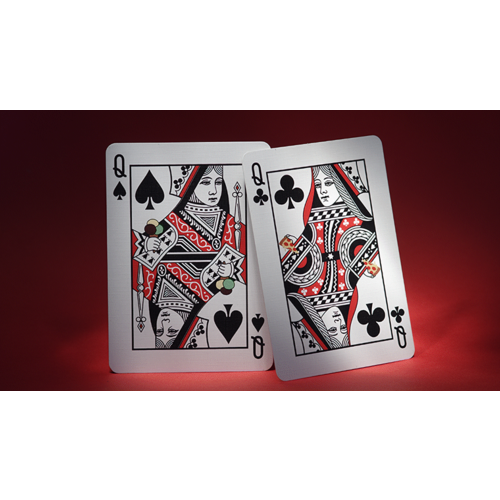 This deck was inspired by the city of Milan: on the back of each card you can see Milan's Cathedral, the biggest one in Italy and one of the most beautiful in Europe. Its construction took nearly six centuries: it began in 1386 thanks to Gian Galeazzo Visconti, who belonged to one of the most important families of Milan. The colours of the Visconti family, white and red, are still found in the modern emblem of the city, which is represented on the ace of Spades. The Jokers represent Meneghino, one of Milan's symbols. He is a popular theatre character, who is usually portrayed as honest and just.

Notes from the designer about the marking method:

A few years ago I was playing around with a trick that used one-way face cards (asymmetrical cards), but the problem was that it could only be done with 22 out of the 52 cards in the deck.  So I decided to modify the numbers and letters on one side of every card so that the direction of the card can be easily seen. You'll get the hang of it with just a few minutes of practise.

The "marking" system is subtle and spectators will not be able to detect it. This method allows you to fool both laymen and magicians.

As far as I know this is the only deck with this type of "marking system". 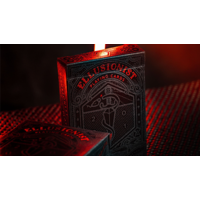 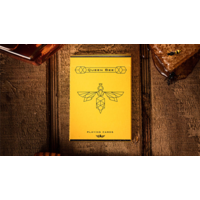