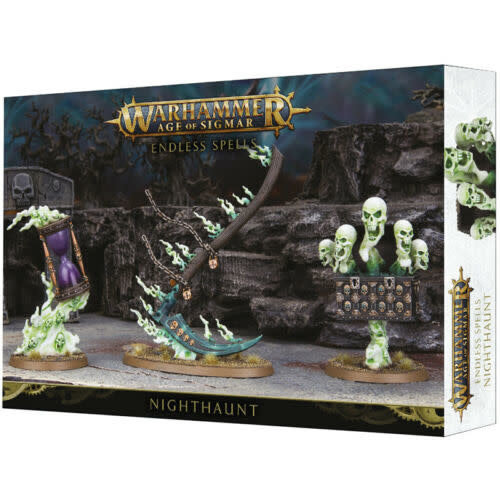 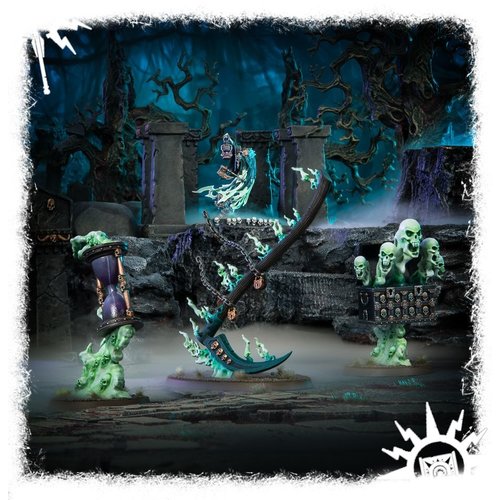 These spells are great sources of inflicting mortal wounds on elite units and healing your army. A great tool set for any Nighthaunt wizard or Nagash. Read more

The cataclysmic necroquake of Shyish has flooded the Mortal Realms with the powers of the aether. Incantations summon forth new conjurations of unprecedented power and frightful sentience, but beware – such endless spells can be treacherous, as likely to turn upon their caster as they are to devastate the enemy. From unleashing disembodied gnashing jaws to devour your foes, to raising prismatic barricades to protect your flanks, doing battle in the time of the Arcanum Optimar is unlike anything that has come before.

This multi-part plastic kit contains the components necessary to assemble 3 Endless Spells usable by Nighthaunt wizards in games of Warhammer Age of Sigmar. When used with the Malign Sorcery rules, these can be incredibly powerful tools in your magical arsenal. Included:

- A Shyish Reaper: the ultimate manifestation of finality and death, this is an enormous scythe which swings through the air tearing away mortal souls, sending them screaming into the underworlds;
- A Vault of Souls: this chest siphons away souls – 5 of which are visible as skulls, protruding from the Vault itself – eventually bursting under the pressure, sending forth a lethal explosion that strikes all nearby;
- A Mortalis Terminexus: an hourglass of fate, standing on a column of ethereal energy, which can interfere with the passage of time. This can restore youth and vitality – or wither and age, in the merest blink of an eye.

This kit comes as 16 components supplied on gold-colored plastic, and includes 2 Citadel 50mm Round bases and a Citadel 100mm Oval base. Warscrolls are found in Battletome: Nighthaunt. 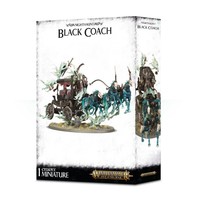 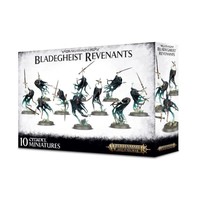 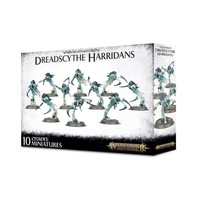