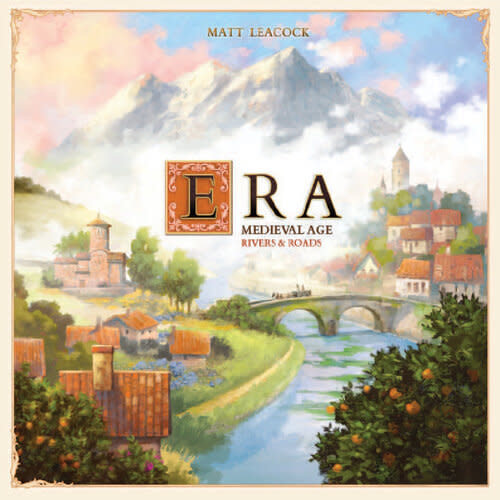 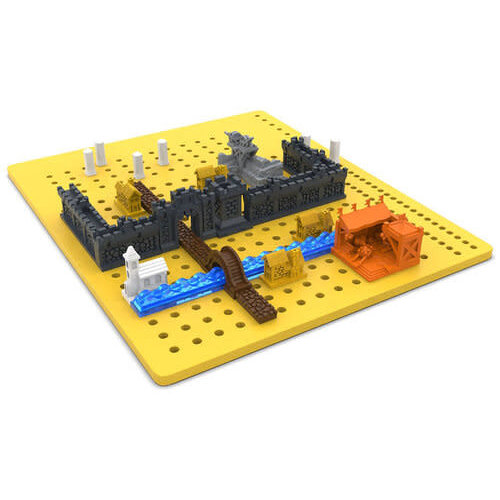 Era: Medieval Age – Rivers & Roads invites players to return to the world's first “roll & build” game with tons of new content. Included in this expansion are roads and rivers to connect domains to the world outside their own. Players will discover new structures and develop new strategies as they build their way to victory!

With all these new opportunities comes a bit of risk as players will be challenged by a new disaster. Four scenarios are included in the game to give players an opportunity to become familiar with the new gameplay mechanisms as well as a way to create your own scenarios.

Contents:
Like the base game, the expansion features a large selection of gorgeously sculpted 3D figures including the gates, roads, bridges, rivers, and more.

Photo shows a small selection of some of the structures available in Rivers & Roads. (Pegboard and some base structures not included. Pegs shown are production samples and are not included in the set.) 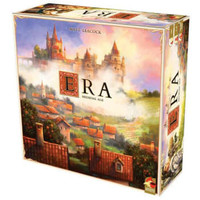 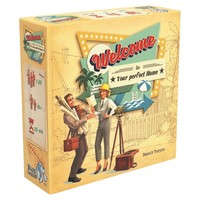 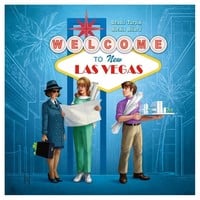 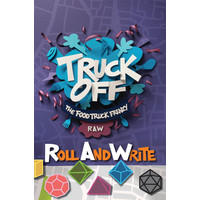 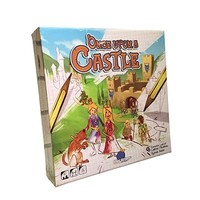 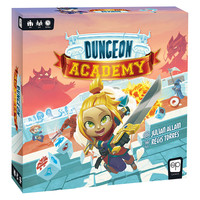 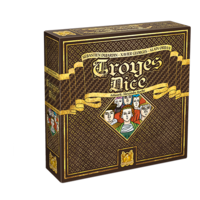