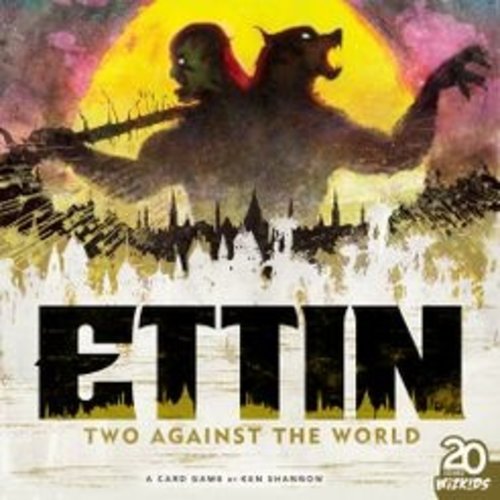 From the mists of war, a pair of great nations rise together like a two-headed giant. They march across the land crushing their foes. As one, they combine their strengths, thwart their enemies, and achieve a triumphant destiny.

Ettin is a 2-8 player card-drafting game in which teams of two compete against each other in fierce skirmishes and fast global conflicts. Your alliance shares strategies, defenses, and resources as you face off against neighboring enemies. You can even expand to 16+ players with multiple copies of the game!

Each of the eight unique nations has a different focus and playing style, designed to be a formidable opponent or a reliable friend. Pairs of enemies and allies play at the same time, making even the most climactic global conflicts between eight players shockingly quick.