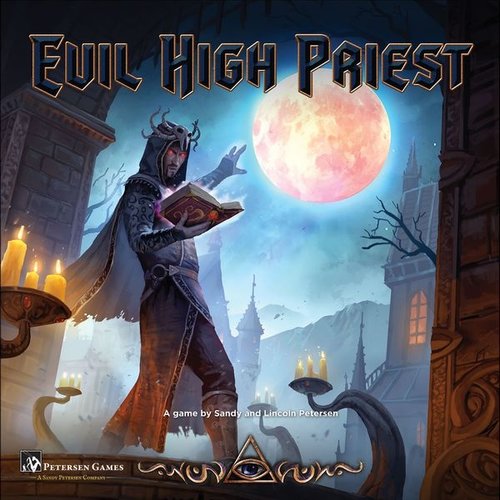 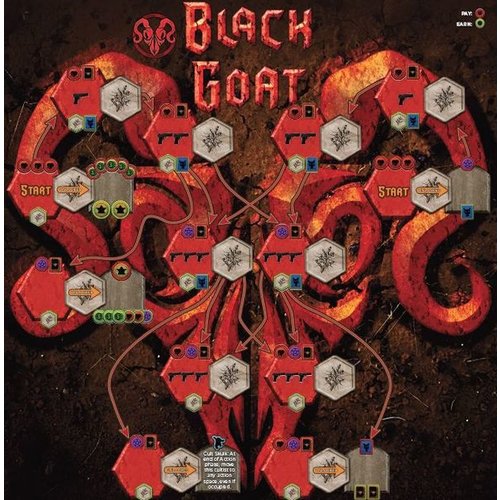 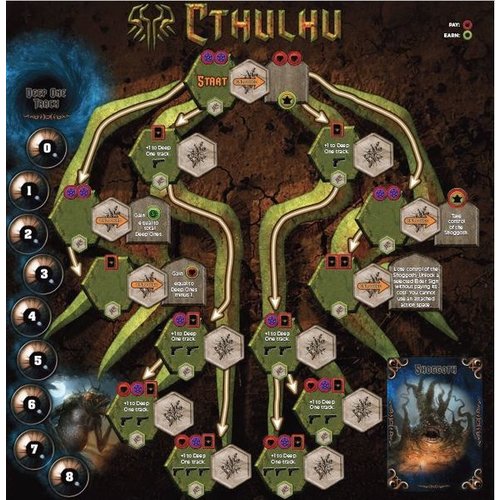 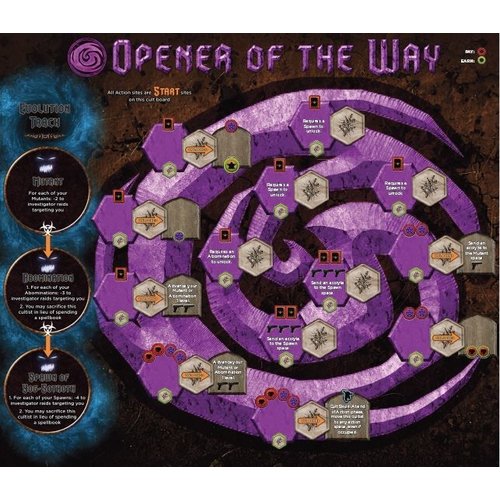 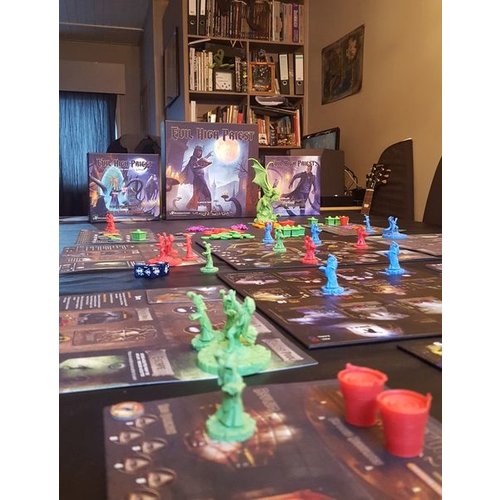 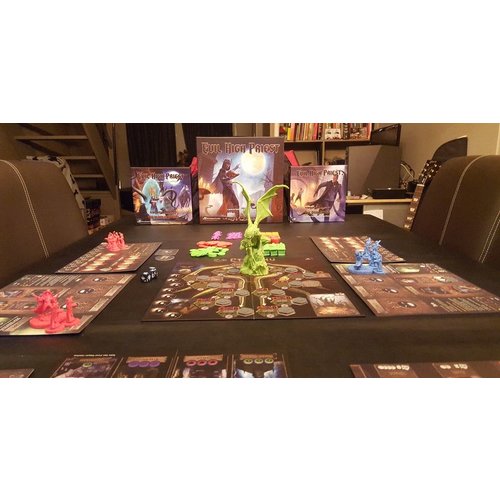 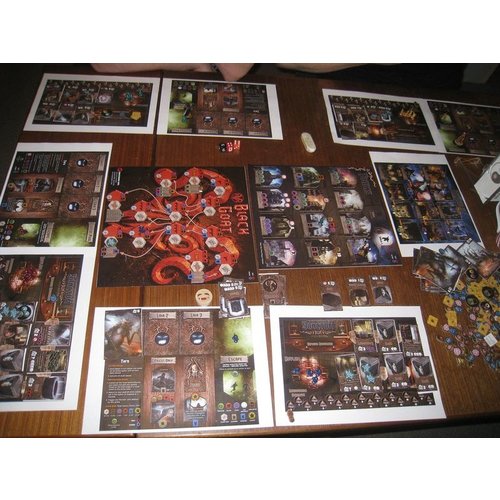 Evil High Priest is a worker-placement game in which the players take the part of priests of a Lovecraftian entity. All players worship the same Great Old One, but they are emphatically not allies. When they awaken their Great Old One, he will decide which among them is the best (based on VPs) and appoint that priest, and that priest only, to be the High Priest, who wins.

The game is performed in Action phases. the players take turns moving their cultists to activate various sites on the different boards, gathering resources, summoning monsters, shattering Elder Signs, and launching investigator raids (which attack all players). When all players run out of cultists, the Action phase ends, and players recover their cultists, freeing up the board sites for the next Action phase. Victory is determined when the last Elder Sign blocking your Great Old One is shattered, and at this point everyone totes up points. Different resources are worth different amounts, but the most valuable are the Elder Signs.

Driving the game are the player's need to recruit more cultists & gather more resources, balanced against his need to shatter Elder Signs and protect himself against the deadly investigator raids. Unusual among worker placement games, the cult board can be swapped out between games, for a different experience. The Cthulhu cult board does not play the same as the Black Goat cult board, and they require different tactics and planning.