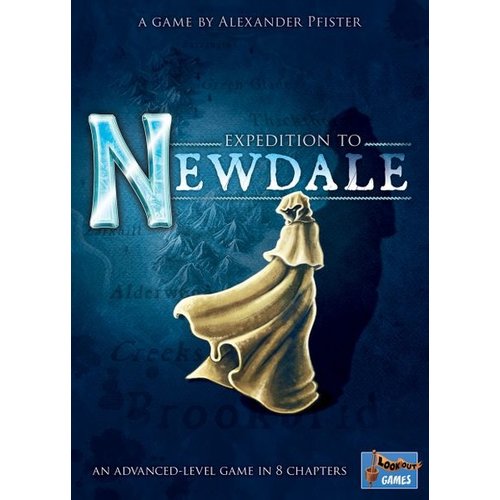 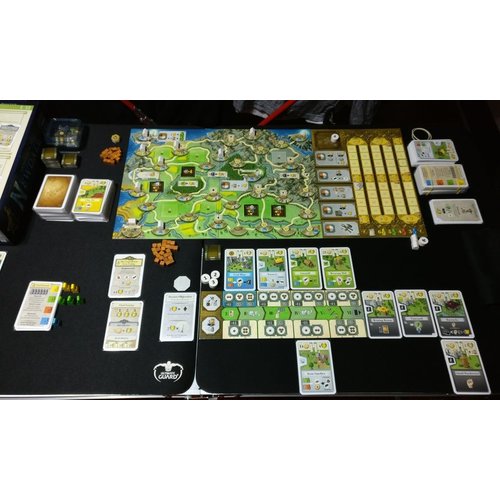 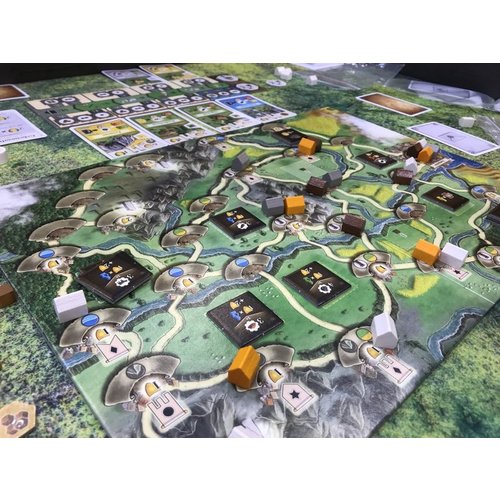 Expedition to Newdale is the new Oh my Goods! game from renowned designer Alexander Pfister. In this board game adaption of the successful card game, 1 to 4 players from 12 and up compete in different chapters to experience the world of the Longsdale kingdom once again. The story of Expedition to Newdale starts about five years after the events from Oh my Goods! Escape to Canyon Brook, but you don’t need to know the prequels at all. Each chapter of the game lasts about 90 minutes which adds up to around 12 hours of exciting campaign gameplay. And when you found your favorite chapter while playing the campaign, you can always come back and play it again to have even more fun!

At the beginning of the game you have your personal board, a coal mine as your start building and 5 hand cards. Depending on which chapter you are playing, the appropriate game board sits in the middle of the table. Each round is divided into 5 phases which are played in order (or partially parallel, once you become more familiar with the game).

In phase 1, a new event is revealed which usually alters the course of play in this round slightly (e. g., by introducing new buildings). Additionally the event card shows a fixed amount of workers which are available this round. An information which is much appreciated, as you have to place your action markers in phase 2. The latter are numbered 1 — 4 which is important for phase 4 and means that you need to plan ahead.

But first phase 3: in this phase, more workers are drawn from a bag and get added to the others. This means that productions which would have been impossible before (because workers were missing) are now easily done. Pushing your luck might be beneficial!

Phase 4 is the opposite to phase 2. Instead of placing your workers, you resolve their chosen action in order of their numbers. We hope you had a backup plan in place if your desired workers were not drawn in phase 3, because this can trigger an unpleasant chain of events! Not enough workers could mean that a production does not happen, which then means that you might not have enough money to build the building with your second action marker. Oh, and your third marker was planned to directly produce in the newly built building? Well, where there is no building, there’s no place to produce in, right? Clearly: planning ahead, a little luck and good alternatives are the way to success.

In Phase 5, all players can either use a free building action or draw new hand cards. The last phase is used to resolve all buildings which do not need workers, e. g., an automatic coal production or a building which offers the conversion of a certain good to victory points. Afterwards the next round starts, of which you play a total of seven. A final scoring at the end of round seven will then show if you win or lose.