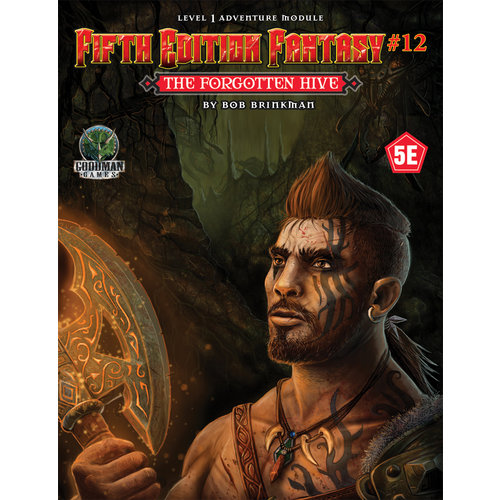 Fifth Edition Fantasy is here! This adventure module is fully compatible with the fifth edition of the world’s first fantasy RPG, and is ready to play in your home campaign!

Beneath the crumbling walls of a keep lies an unexplored warren of caverns stretching into unknown darkness. Within the depths, an ancient evil stirs and grows hungry. Forgotten horrors, once relegated to legend, are on the move – with only your band of heroes between them and their goal.

What begins as simple exploration rapidly becomes a struggle against denizens of the underworld, and the very environs of underworld itself. Through crumbling caverns and against long-trapped foes, the party is confronted with a threat that places the future of the surface world in jeopardy. Your heroes must act quickly to secure the world, or face the consequences of their failure to halt the advance of the denizens of The Forgotten Hive.