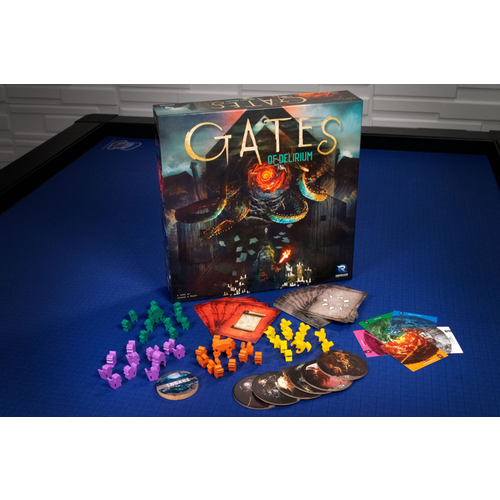 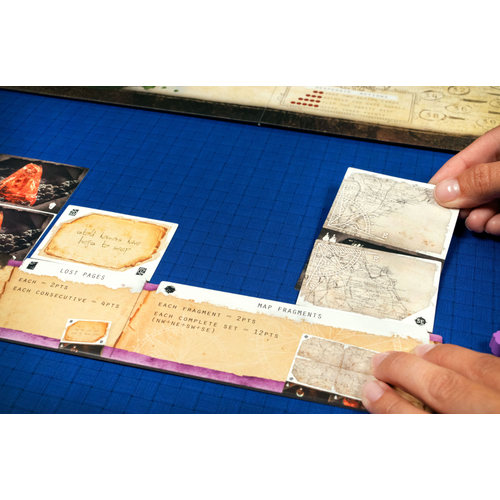 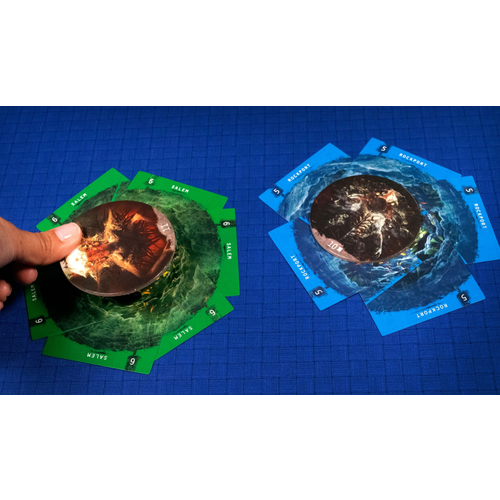 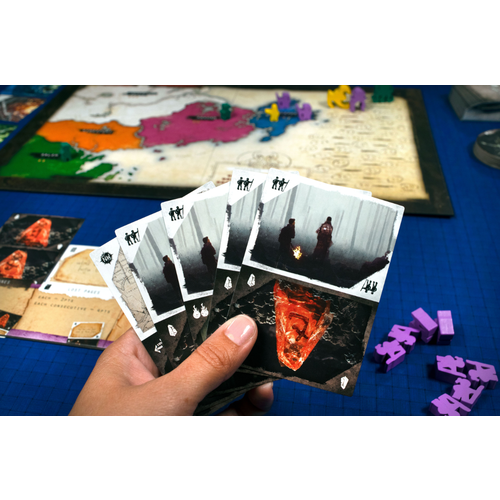 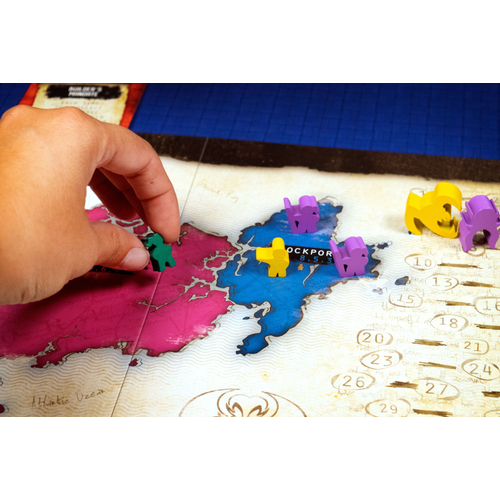 You have finally set out to find the truth. You've heard the rumors of ancient runes and the lost pages of a scattered tome that tell of ancient and evil monstrosities, calling for their return. You've heard tales of those who came before you in this search losing grip on their sanity as they grew nearer to the truth. As you press on, you can't help but notice that you feel less attached to reality yourself. Some days you lose track of time and can't account for hours of the day. The whispers of secret gates to another world are growing stronger, and while no one knows who is building them, you have a dreadful hunch...

Could you be the hidden architect of the Gates of Delirium?

In Gates of Delirium, players have a hand of split action cards: one side sane, and the other insane. Every round, one player decides whether the round is sane or insane, and all players must play that side of their cards. During sane rounds, players search for maps and lost pages to a secret tome, while assigning investigators to help them in their cause. During insane rounds, players collect ancient runes and work to build gates to release the monstrosities that their sane selves have been trying so hard to understand and prevent. Earn the most victory points by the time the last monstrosity is released to win Gates of Delirium.