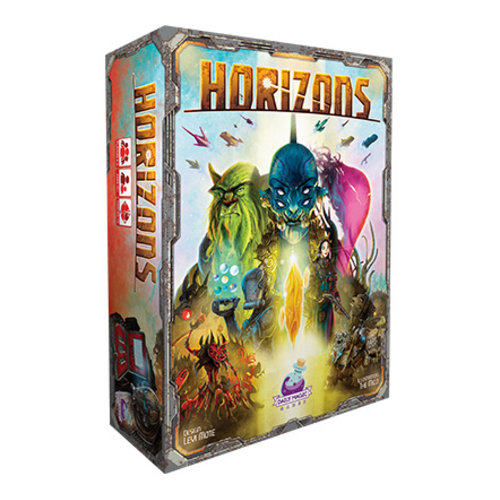 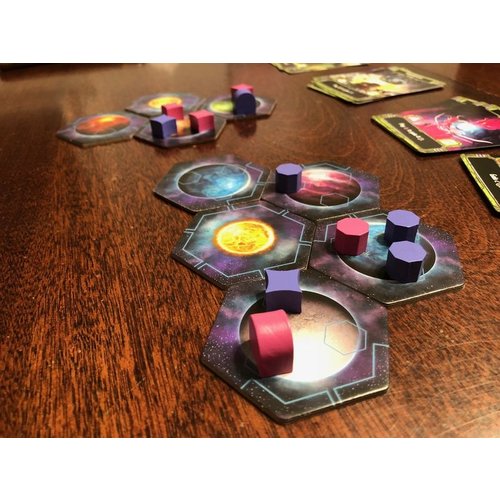 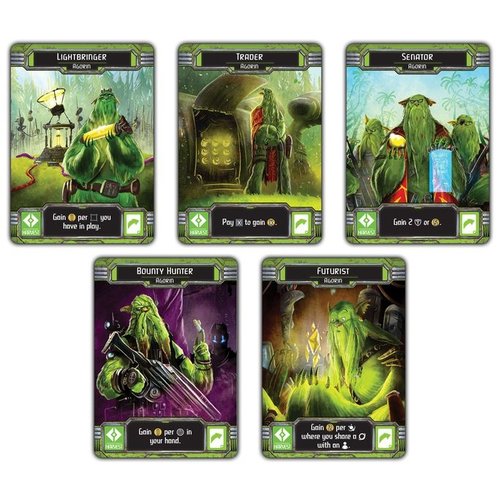 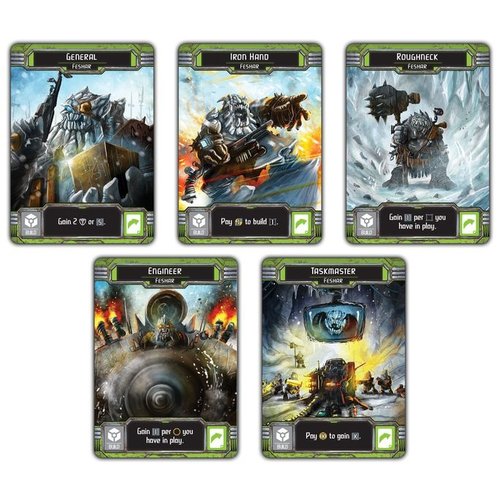 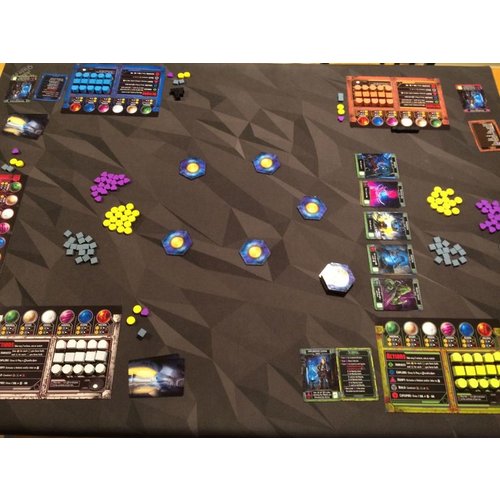 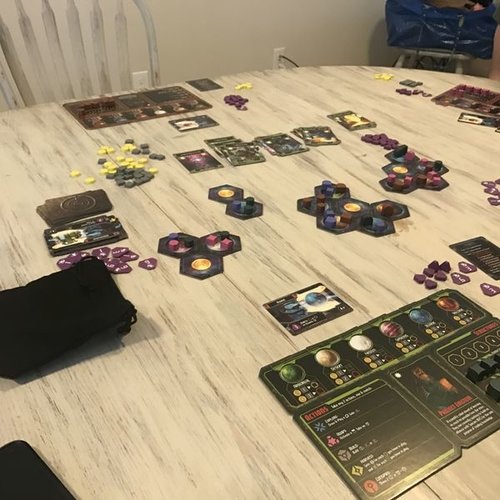 In Horizons, you are a starfaring species taking the first steps into a new galaxy. Find new stars, explore new worlds, collect valuable resources, and secure allies to gain the most ground in expanding your empire! Build colonies and resource collectors to hold onto control in various, and increasingly crowded, star systems. Do you have what it takes to manipulate the resources at your disposal and control the galaxy?!

How to win
The player with the most points wins the game.
Players score points by gaining knowledge, exploring new worlds, completing missions, and placing structures to gain majority control on each star system.
See the Scoring Side of your Scoring / Icon Player Aid cards for more information.

On Your Turn
Take 2 Actions: You may then take any 2 of the actions listed below. You may take the same action twice.
Explore: Draw and play a world from the bag. Take one knowledge.
Adapt: Activate a Habitat and/or take the top ally from any stack.
Build: Build a collector or colony.
Harvest: Gain 1 resource per collector you have built.
Conspire: Draw two mission cards or 1 Ally & 1 Mission card.

The game ends when a player places their last colony.