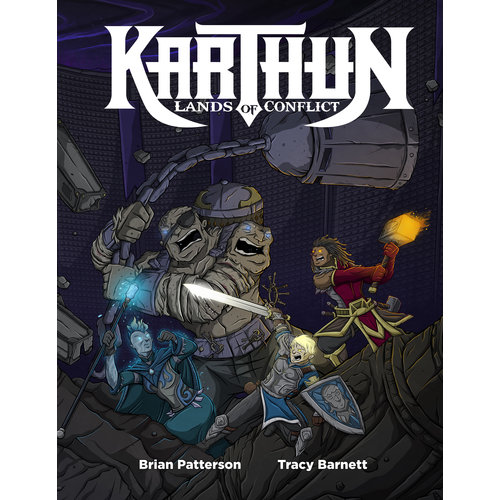 Karthun was once a land of peace and prosperity. Then the release of the Worldfire and the breaking of the planes ushered in the Age of Conflict. Now, rulers wage war against the legions of the Three Demon Kings, ravenous undead horrors…and each other. Karthun needs heroes to stand against the darkness, but to be a hero in Karthun is to be a legend, for even the gods can perish here. All that awaits the fallen is the cold embrace of the Mother of the Dead.

Karthun is an extensive epic fantasy setting for use with your favorite system such as Fate, D&D, or Savage Worlds. You must own a system book of your choice to play. Inside, you’ll find plenty of character ideas, locations, and NPCs to send your characters off on adventures galore. This book includes:

Karthun needs heroes. Will you heed the call?