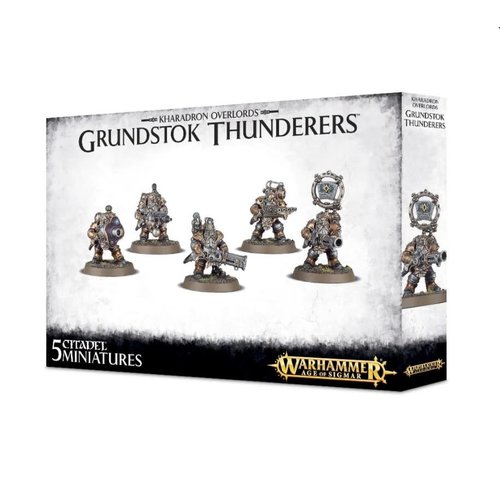 A great midrange objective holding duardin unit that both have the range and the rules to punish those that get too close to them. Read more

The Grundstok Thunderers are militarized formations employed by the fleet to help defend it. The endless training and drilling conducted by the Grundstok Academies results in high standards of discipline and marksmanship in their graduates – upon commands from their officer, the Grundcaptain, they march, wheel and ready their aim with awe-inspiring speed and precision. Firing in near-perfect synchronicity, a line of Grundstok Thunderers temporarily disappears among eye-searing flashes and weapon reports as they unleash a storm of munitions that can halt even the most well-armored foes in their tracks.

This multi-part plastic kit contains the components necessary to assemble 5 Grundstok Thunderers, professional soldiers and the main fighting force of the Kharadron Overlords. Each is armed with an aethershot rifle, with some impressively chunky special weapons available as options – an aetheric fumigator, a Grundstok mortar (with an extra bomb for modelling on the base), an aethercannon (so powerful that the duardin carrying it needs a blast shield) and a five-barrelled gun known as the Decksweeper. Their sealed suits of armor are covered in valves, pipes and respiratory systems used to make the air palatable to their aether-gold addled lungs.

There are options for a gunnery sergeant and honor bearer – the gunnery sergeant wields a special double-barrelled aethershot rifle, can be modelled with a prosthetic leg, has 2 differing head options and features a Drillbill: a bizarre mechanical bird who can launch himself at enemies. The honor bearer features a keystone added to his suits’ power pack.

This kit comes as 61 components, and is supplied with 5 Citadel 32mm Round bases. 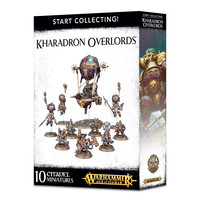 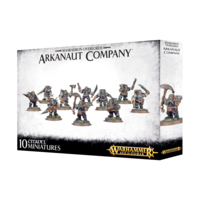 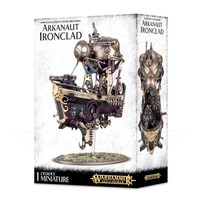