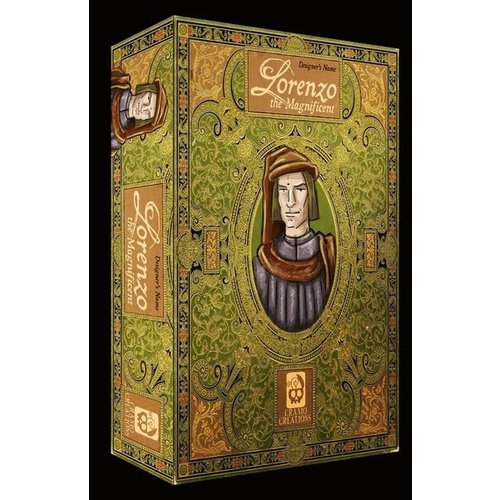 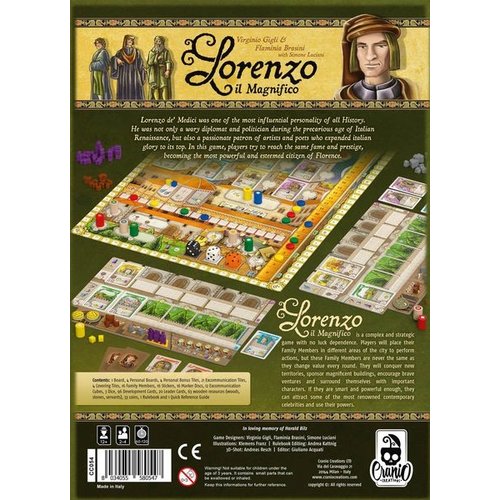 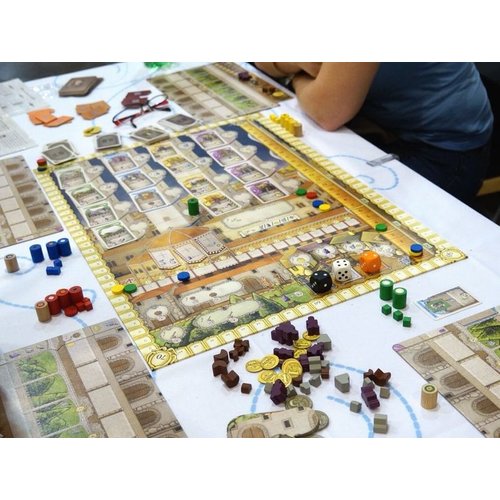 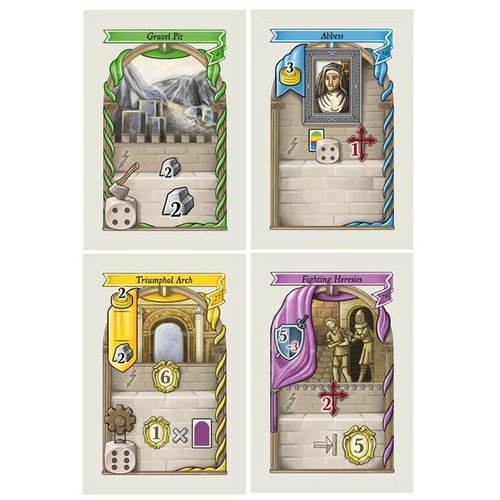 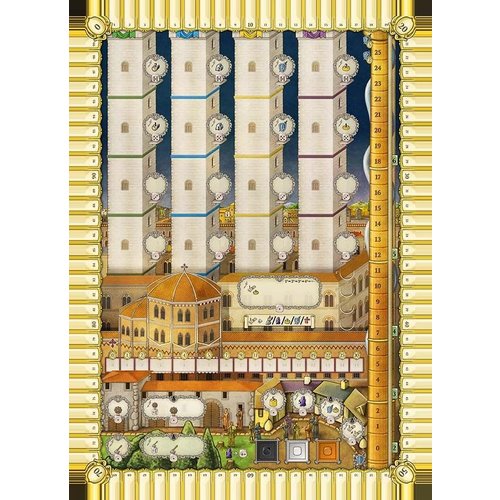 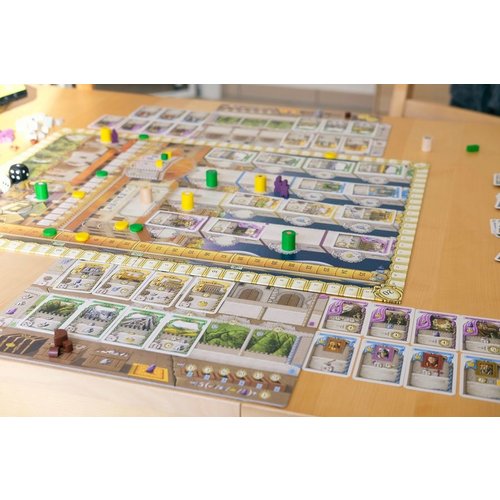 Lorenzo de' Medici, also known as "Lorenzo il Magnifico" (Lorenzo the Magnificent), was one of the most powerful and enthusiastic patrons of the Italian Renaissance.

In Lorenzo il Magnifico, each player takes the role of the head of a noble family in a city during the Italian Renaissance to gain more prestige and fame — that is, victory points (VP) — than anyone else. To do so, you send your family members to different areas of town, where they can obtain many achievements. In one location, they get useful resources; in another development cards that represent newly conquered territories, sponsored buildings, influenced characters, or encouraged ventures; and somewhere else they activate the effects of their cards.

Family members are not identical. At the beginning of each round, you roll three dice to determine their value. You must choose carefully where to send your most valuable family members...

You can gain VP in several ways, and you must also pay attention to your relations with the Church. The game is divided into three periods, each formed by two rounds; at the end of each period, players must show their faith, and whoever hasn't prayed enough will suffer hard penalties. After six rounds, you calculate your final score, and the player with the most VP wins.