This is an expansion and requires the base game in order to play.

With only a bow, a quiver of arrows, and enough self-confidence to rival anyone, Clint Barton has proven himself to truly be one of Earth's Mightiest Heroes. An expert marksman and fighter, Barton puts his talents to good use as the hero Hawkeye. Opinionated and possessing a reputation for finding trouble, he remains a strong team player and has both been a part of, and leader of, a number of different teams over his storied career.

Trusted by some and feared by most, Natasha Romanoff strives to make up for the bad she has done in the past by helping the world, even if that means getting her hands dirty in the process. Trained by the infamous Russian Red Room, Agent Romanoff has put her incredible skills to use as a formidable Agent of S.H.I.E.L.D. and as one of the most respected Avengers. 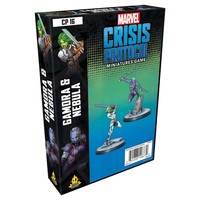 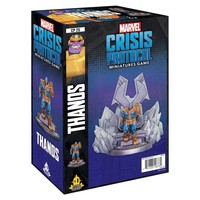