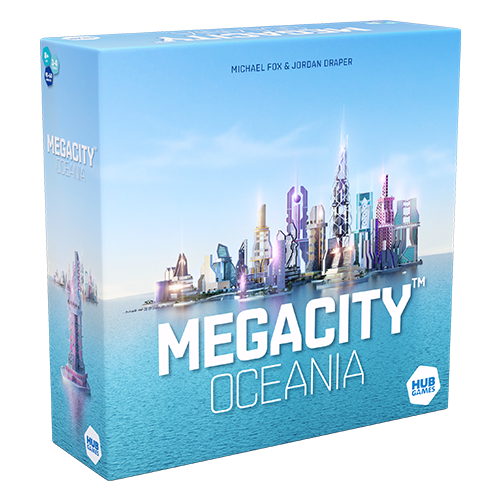 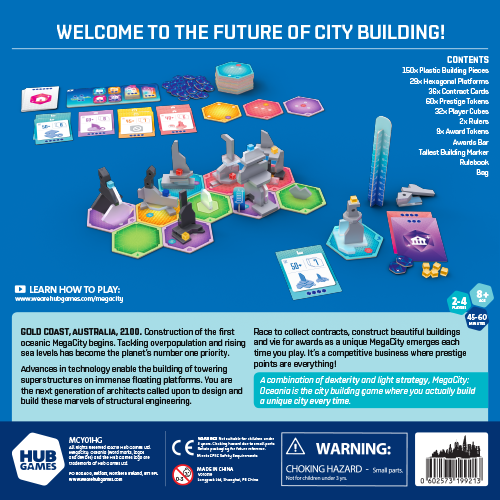 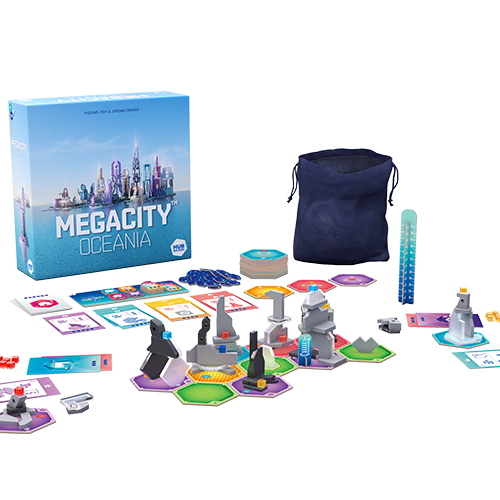 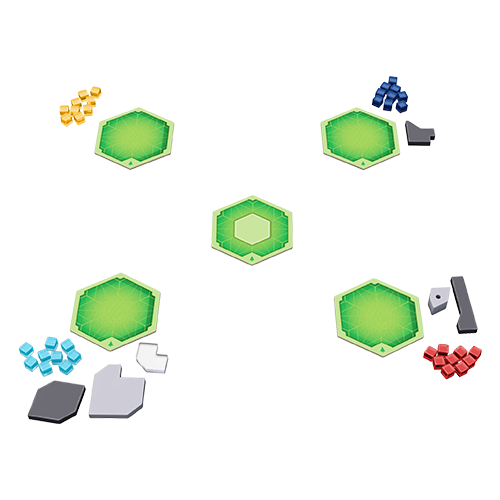 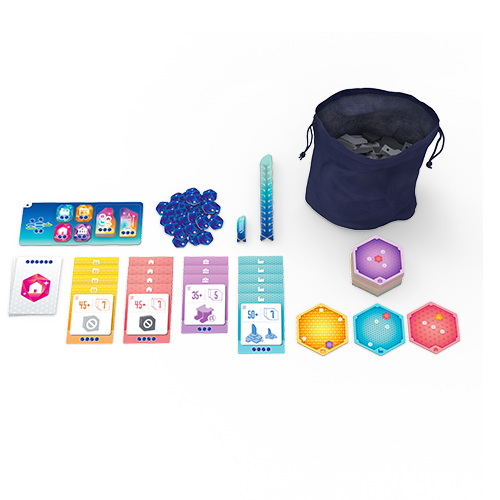 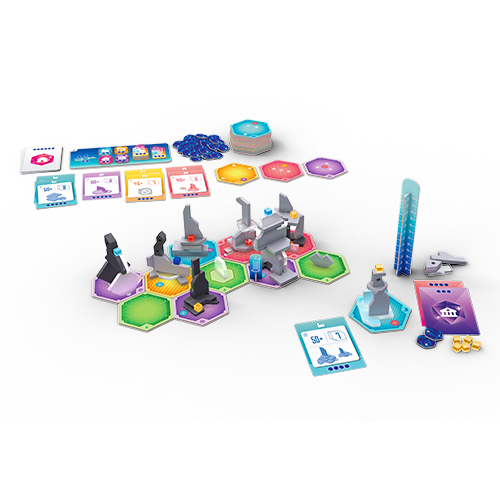 In MegaCity: Oceania, players act as architects tasked with designing a brand new city built on platforms that float on the ocean surface. The game combines a light ruleset with an exciting dexterity based mechanism that levels the playing field for everyone sat at your table. Unlike many other city building games, players actually create a single unique city every time, constructing fantastic looking buildings from our uniquely shaped plastic pieces. Adding the buildings to the city requires stable construction and a steady hand, and the tension increases as they are pushed into position by the player.

Between two and four players can compete, with games taking around 45 minutes. Players will be given the requirements demanded by the city managers through contracts, which must be claimed alongside building platforms. Using the building pieces they collect, players construct when it’s not their turn - this means the game has very little downtime. Contracts are completed when buildings are added to the central city, with prestige point bonuses awarded during and at the end of the game. Whoever has the most prestige at the end of the game is declared the

finest architect around - at least until the next time you play!