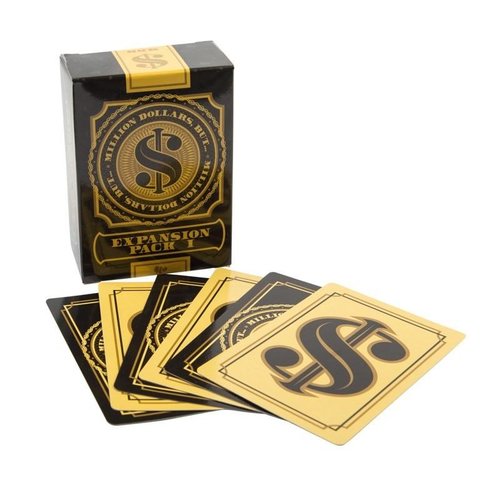 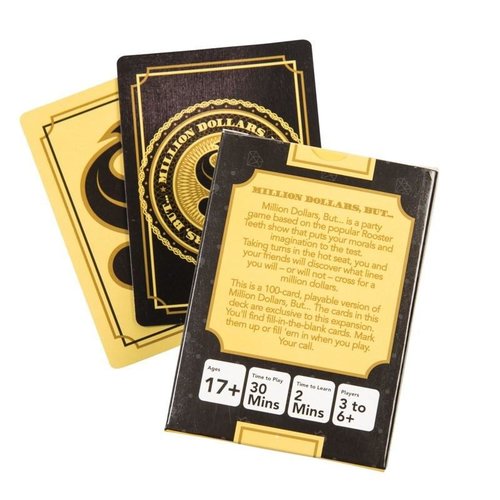 Million Dollars, But... The Game Expansion Pack #1 comes with 100 new cards to either play standalone, or combine with your core game to expand the fun.

*This pack was included as a part of the Kickstarter pledges for the Expansion Set.

A 100-card playable version of Million Dollars, But… The Game (MDB), a game that puts your morals and imagination to the test, posing the question, "What would you do for a million dollars?" Players create scenarios by combining a Trigger and a Rule card to showcase what they would or wouldn’t do for a big hunk of cash. (For example, A Million Dollars, But… Every time you see a store having a sale, you poop your pants a little bit.) The cards in the deck are exclusive to the expansion and features fill-in-the-blank cards.

The best part of the game occurs when everyone debates the scenarios that have been presented to the judge. “Does it include online store sales or just in-person sales?” “How much poop are we talking: a rabbit pellet or an uncomfortable amount?”