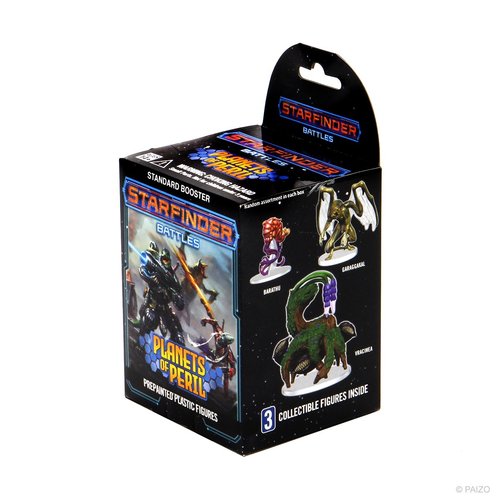 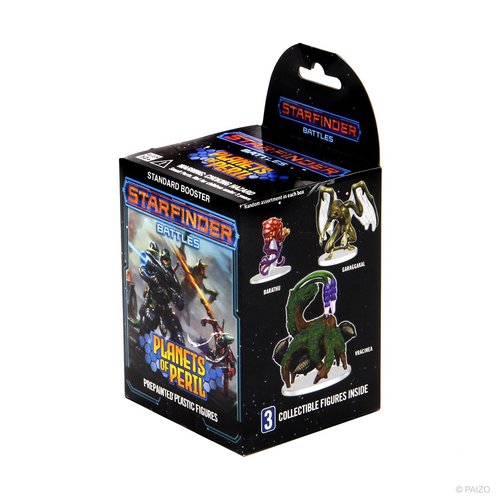 Step into your powered armor and grab your magic-infused laser rifle as you investigate the mysteries of a weird universe with your bold starship crew. Will you delve for lost artifacts in the ruins of alien temples? Strap on rune-enhanced armor and a laser rifle to battle undead empires in fleets of bone ships, or defend colonists from a swarm of ravenous monsters? Maybe you’ll hack into the mainframe of a god-run corporation, or search the stars for clues to the secret history of the universe or brand new planets to explore.  Planets of Peril is a set of 32 all new Starfinder Battles minis for play with the Starfinder Role Playing Game.