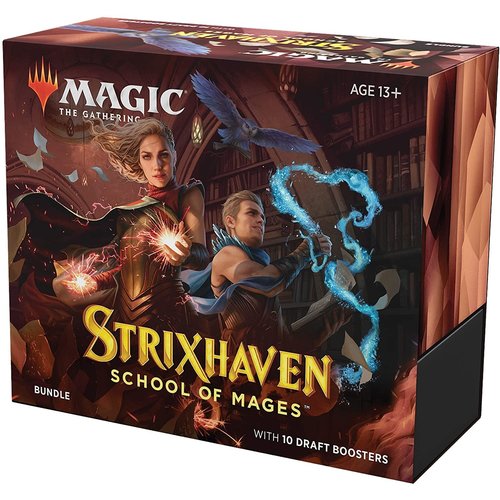 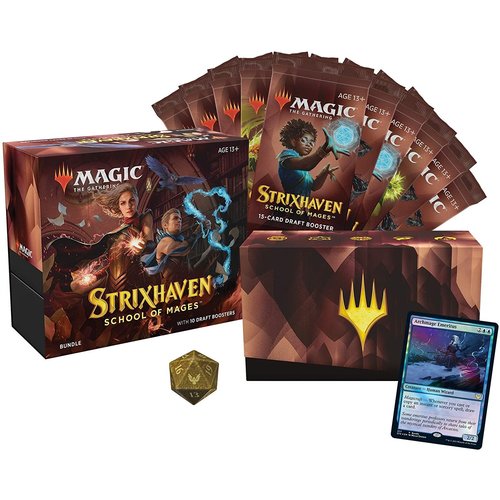 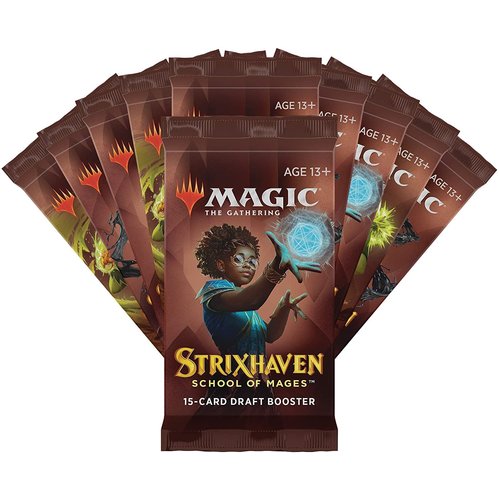 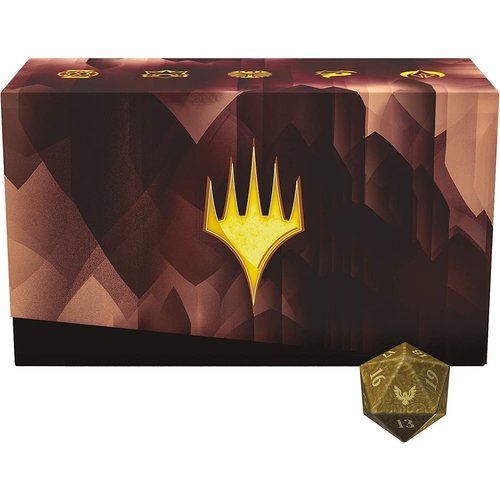 PLEASE NOTE: There is no quantity limit on purchasing this item. Read more

Magic goes off to college at Strixhaven: School of Mages. Join one of Strixhaven’s five colleges and get in where you fit in among the brightest young spell casters around.

Silverquil, Lorehold, Prismari, Witherbloom, Quandrix—each dual-color college has its own unique personality and mechanics. Enrollment starts now. Which college will you choose?

Each of the ten Strixhaven Draft Booster Packs contain fifteen Magic cards and one ad/token or Helper Card (for use with Double-Faced Cards). 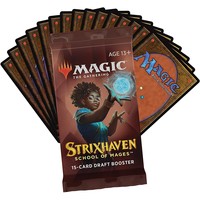 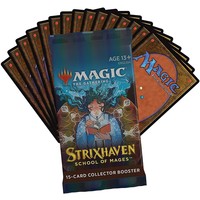 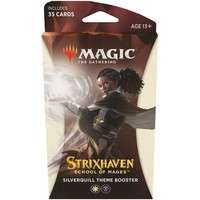 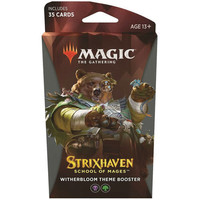 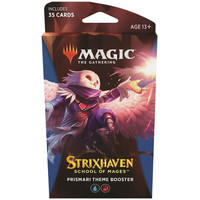 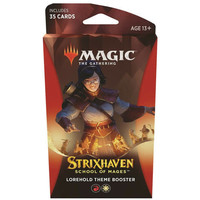 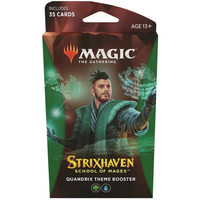 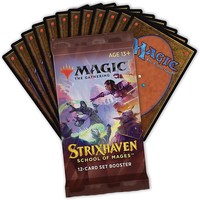