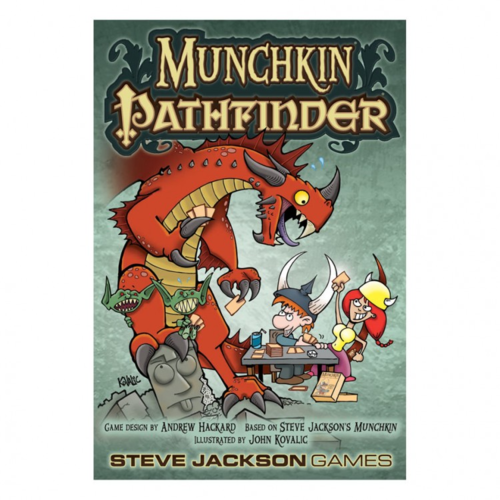 Enjoy the game of Munchkin, but now in the setting of the role-playing game Pathfinder. Combine with any other core game or play it all on its own! Read more

Product description
Related products
Description
3-6 Players | Ages 10+ | 60-120 Minutes
Get both the fast, furious gameplay of Munchkin and the fantastic fantasy flavor of the Pathfinder Roleplaying Game in one neat package!

Like any Munchkin game, you're killing monsters and stealing their treasure to quickly gain the most power – but now, you play as classes like the Alchemist and the Witch, and fight monsters like the Whispering Tyrant, Ghoul Friday, and Lamashtu, Mother of Monsters!
Along the way, you can join a faction to become an Eagle Knight or a Red Mantis Assassin, and arm yourself with the T-Bone Stake and the Armor of Insults.

But first you'll have to fight your way through all those goblins . . . and kill them and take their stuff.
Contents
- 168 Cards 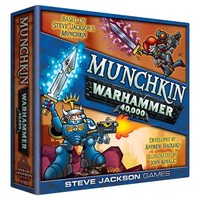 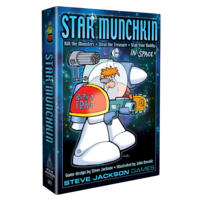 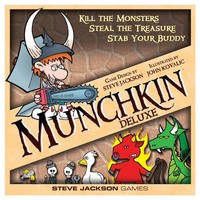 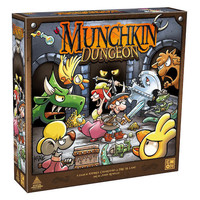 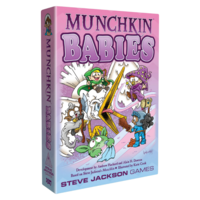