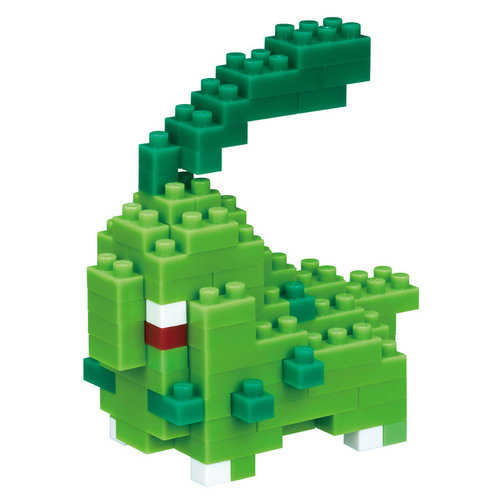 Chikorita is a small, pale green Pokémon with a darker necklace of buds. It has a large head in proportion to the rest of its body with large red eyes that appear to have no pupils. It has four short legs with a single nailed toe on each and a small tail. Its most distinguishing feature is the large leaf on the top of its head, which is usually longer than the rest of its body. Aside from the soothing aroma that wafts from its leaf, Chikorita uses its leaf to determine the temperature and humidity of the surrounding air. Chikorita actively seek out and enjoy the sun's warmth.