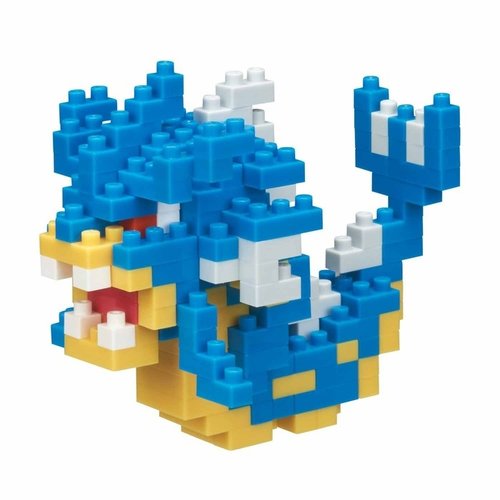 Gyarados is a serpentine Chinese dragon-like Pokémon. It is mostly blue, with a yellow underbelly and yellow spots along its body. It has a three-pointed, dark blue crest on its head and four white, dorsal fins. Its mouth is very large and gaping, bearing four canine teeth. It has one barbel on each side of its face. The barbels are white on a female and tan for a male. Gyarados's tailfin is similar in structure to the crest on its head, except with a thin, white fin spread between the points.