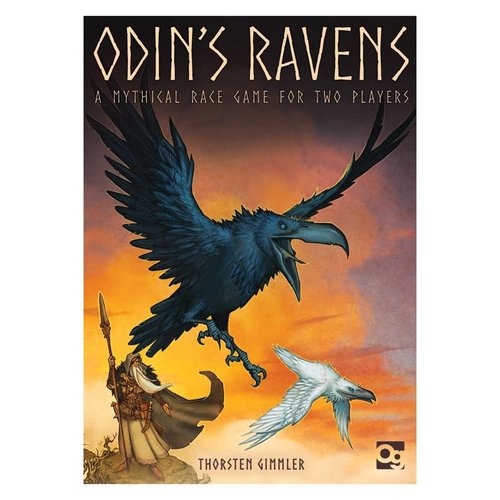 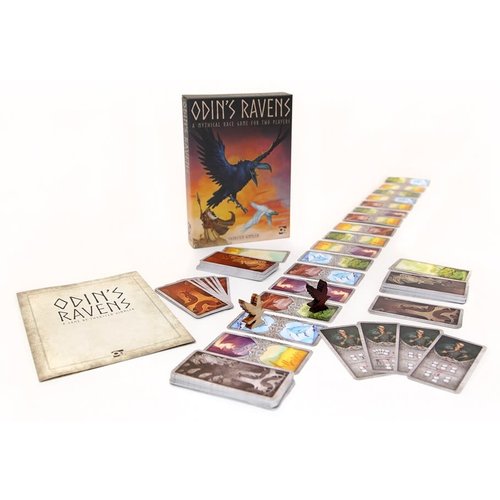 Every morning Odin sends his ravens, Huginn and Muninn, across the entire planet to bring back news of what life is like on Earth. Naturally, after thousands of years, they've gotten a little competitive... Read more

Race through the landscape in opposite directions to be the first to return to Odin with your news. Focus on speed, enlist the help of the trickster god Loki to create shortcuts, or hinder your opponent.

Odin's Ravens is a two-player card game in which two ravens race across separate tracks, the tracks being comprised of domino-style landscape cards that feature different types of land. Each player has his own deck of cards, using them to match cards to the land types in front of his raven and advance the raven toward the end of the flight path. Odin Cards allow a player to take special actions, such as rearranging the track of landscape cards or impeding the other player's raven. During play, each player can create an auxiliary stack, playing cards from the hand now to set up plays in the future.

The round ends when a raven reaches the end of the flight path, and that raven's player scores points equal to the distance separating the two ravens. In addition, whoever has played more cards to the "Magic Way" during the round - a separate playing area in which players may play a particular type of card - wins three points. The game lasts multiple rounds until one of the players reaches a total of twelve or more points and wins! 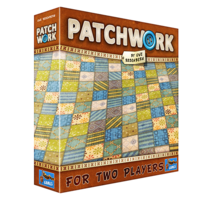