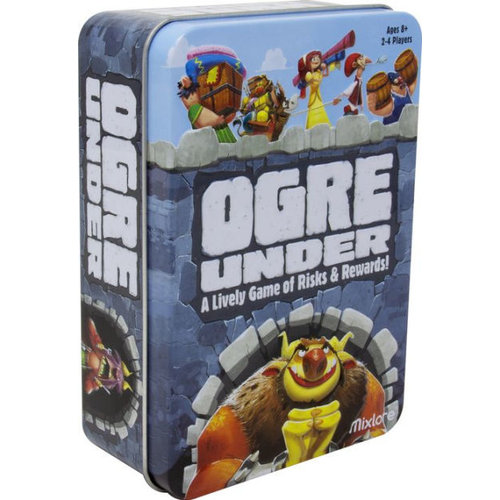 In Ogre Under, each player controls a merchant and a donkey who are transporting goods across an ogre-infested bridge, headed for the market in the city. In each round, players select an action card from their hand and then simultaneously reveal them. Action cards allow players to perform one of the following actions:

Play continues round after round until one or more players win by having both their merchant and their donkey in the city market at the end of a round.