The slavers known as the Scarlet Triad have been defeated twice before, and now the time has come for the heroes to confront them in their stronghold in the sprawling city of Katapesh. But the Triad still enjoys the support of the city's government; before the organization can be destroyed, the PCs will need to undermine the Triad's reputation, a task requiring guile, force of arms, and luck. The Age of Ashes Adventure Path continues with “Against the Scarlet Triad,” a complete adventure for 15th- to 17th-level characters. 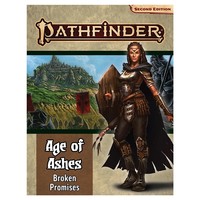 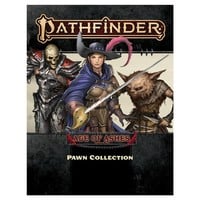