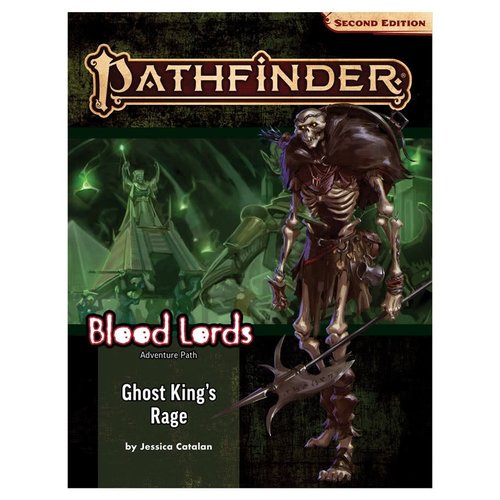 Product description
Related products
Description
PF2E | Fantasy | Adventure
The newest Blood Lords have discovered the identity of their peer behind the conspiracy that threatens the nation. The ghost king Geb wants this traitor destroyed, but the player characters must first question a fractured soul held in the realm where souls venture after death. This is only the first of their dangerous trials, as the traitor’s realm is one of shadowy horror and mind-bending reality that only the most powerful characters can survive!

Ghost King’s Rage is a Pathfinder adventure for four less-than-good-hearted 18th level characters. The adventure concludes the Blood Lords Adventure Path, a six-part monthly campaign in which the characters rise from skilled troubleshooters to join the Blood Lords who rule a nation of the dead. The adventure also includes an article about Narakass, deity of renewal and cleansing, along with several artifacts held by the psychopomps, shepherds who bring souls into the afterlife. New spells and new monsters complete the furious finale of Ghost King’s Rage! 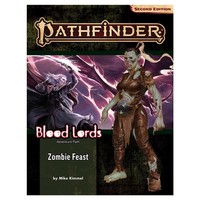 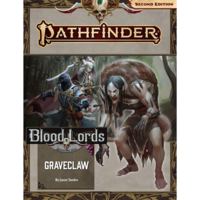 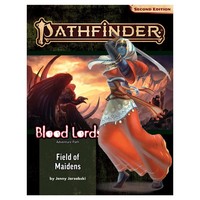 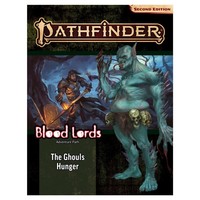 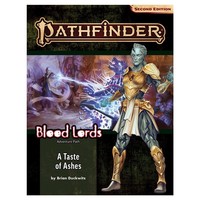