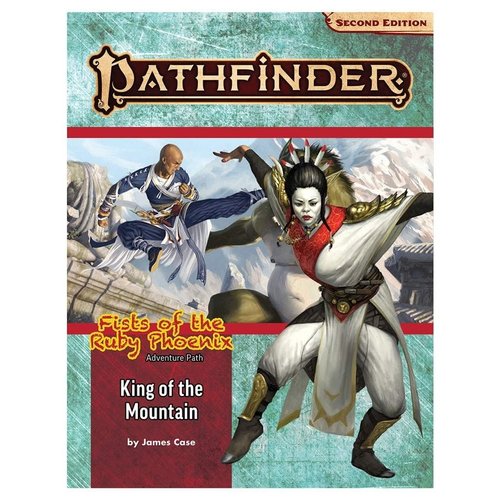 Part 3 of 3 of the Fists of the Ruby Phoenix Pathfinder 2nd Edition Adventure Path! Read more

Product description
Related products
Description
PF2E | Fantasy | Adventure
The time has finally come for the Ruby Phoenix Tournament! Eight teams of the world’s greatest fighters have qualified for the grand tournament and must now compete to win a prize from the grand treasure vault of Hao Jin, the Ruby Phoenix. The player characters will need to muster skill, strength, and style in order to overcome their rivals and impress the audience in a variety of fighting bouts. But when their greatest rivals disrupt the tournament by summoning an ancient terror from the ocean’s depths, it’s up to the players to put a stop to the rampaging monster before it destroys the city of Goka!

Ready? Fight! is a Pathfinder adventure for four 15th-level characters. This adventure continues the Ruby Phoenix Tournament Adventure Path, a three-part monthly campaign in which the players compete in Golarion’s most amazing fighting tournament. This adventure also includes lore of the monstrous kaiju that dwell in the world’s darkest corners, a gazetteer of the eastern trading metropolis of Goka, and a roster of new monsters. 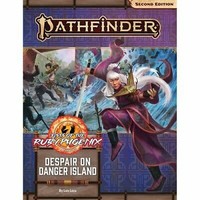 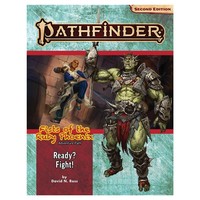