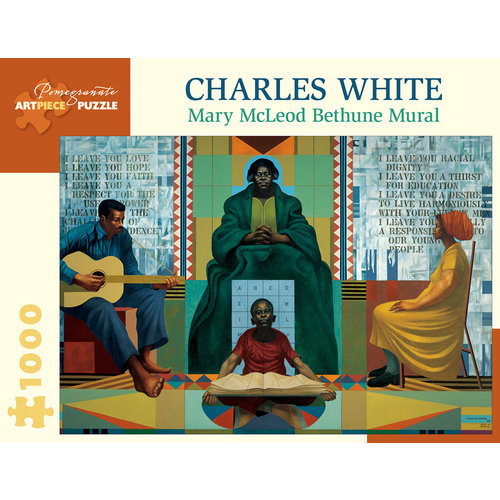 Groundbreaking educator and civic leader Mary McLeod Bethune is the statuesque central figure in Charles White’s mural for the Los Angeles Public Library. One of seventeen children, and among the first in her family born after emancipation, Bethune founded the Daytona Literary and Industrial Training School for Negro Girls (now Bethune-Cookman University).

White, raised on Chicago’s South Side, studied at the Art Institute of Chicago and the Art Students League of New York. During the Great Depression, as an artist with the Works Progress Administration, he deepened his appreciation for social realism and strove to inspire hope through his artwork.

With education and learning as the central theme, his mural emphasizes black families and the significance of music, education, and culture. Behind the figures, White excerpted key points from Bethune’s My Last Will and Testament. It details the deeply held values she hoped would be her legacy: such powerful forces as love, hope, faith, a thirst for education, respect for the uses of power, and racial dignity. 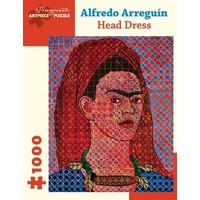 PM1000 KULIG - DOWN BY THE FISHING POND
$19.98$15.98
View product
Close
Compare products
0
Start comparison
Please accept cookies to help us improve this website Is this OK? YesNoMore on cookies »