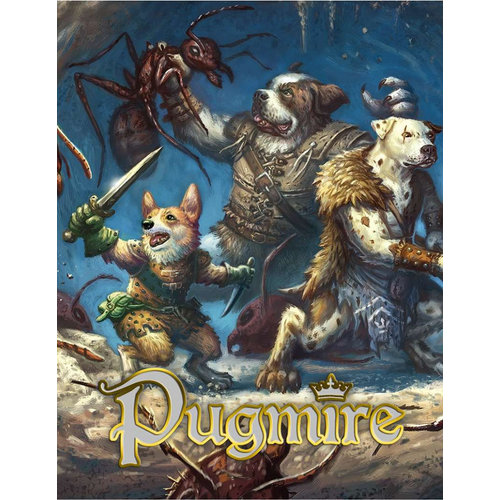 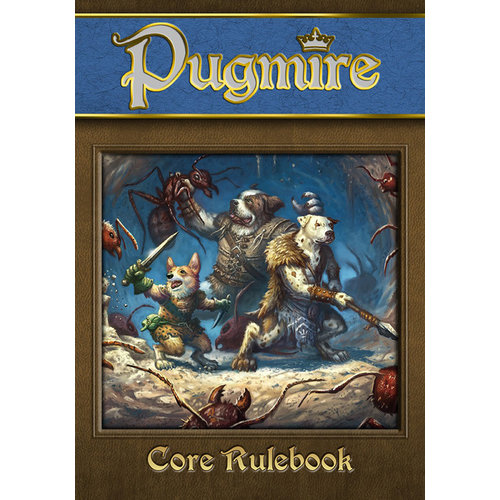 The Pugmire tabletop role-playing game rules provide streamlined play and easy creation of heroic dogs, with an emphasis on cooperation and action over competition and violence. Plus, this core book contains lots of useful information about the Pugmire world.

Dogs have inherited the world, building the kingdom of Pugmire untold centuries after the Ages of Man are over. These dogs have been uplifted to use tools and language, and they seek to rediscover the ruins of the Old Ones. Some have learned to use the leftover technology of humanity, but they believe it to be magic handed to them by their lost gods. Others seek to create an ideal civilization, using a Code of Man compiled from ancient, fragmentary lore left behind by humanity. The world is dangerous and mysterious, but good dogs will persevere.

Some highlights of Pugmire include:

Will you be a good dog?