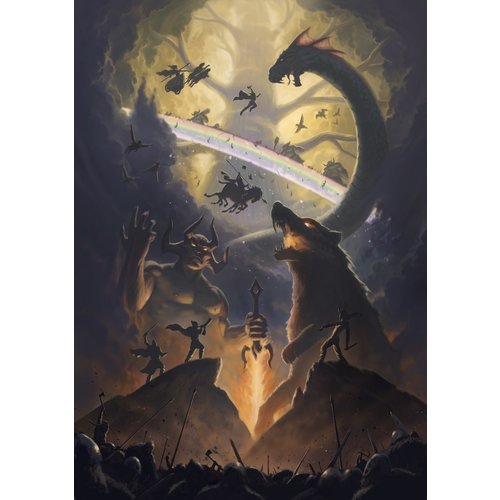 Sagas of Midgard. What will YOUR Saga be?

Sagas of Midgard is a new, cinematic Tabletop RPG that prioritizes storytelling over numbers with a deadly combat and raiding system.

A simple, intuitive rules system that values and encourages player creativity and storytelling over number-crunching and rules reference

A rich, fully developed and brutal world in which character death is a feature, not a bug

An intuitive, simple character creation system featuring over 27 Surnames and Titles allowing you to make the kind of Viking warrior YOU want to be

Over 120 Character Powers, including the universal “With Joy I Cease” that allows you to sacrifice your character gloriously to kill any foe

39 Savage Monsters, with proprietary “Horde” and “Champion” Templates allowing for epic, large-scale battles in which your Heroes fight through a hundred foes (or more!)

18 Artifacts: powerful magical items that sometimes have a mind of their own