Home » SMASH UP: CEASE AND DESIST

SMASH UP: CEASE AND DESIST 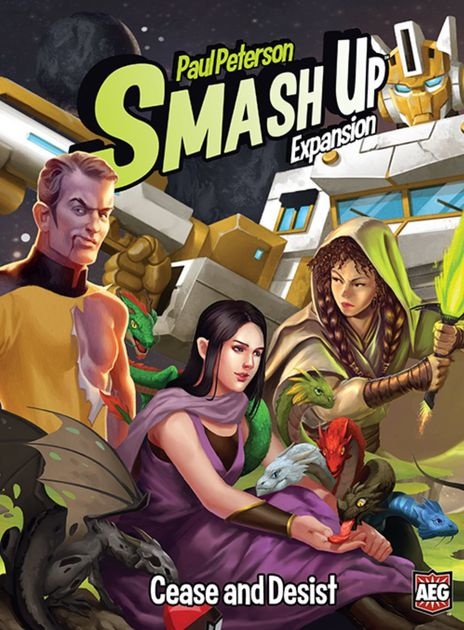 SMASH UP: CEASE AND DESIST

Smash Up: Cease and Desist is an expansion to the "shufflebuilding" game Smash Up.

Smash Up: Cease and Desist has a lot of fun new factions to bring to the table:

(I can see why they named this expansion Cease and Desist. I mean... that's definitely a star "roamer" engineer on the box...)

To begin, take the 20-card decks of two factions, shuffle them into a deck of forty cards, then compete to crush more Bases than your opponents. When a base is smashed, each player in first, second and third place scores points.