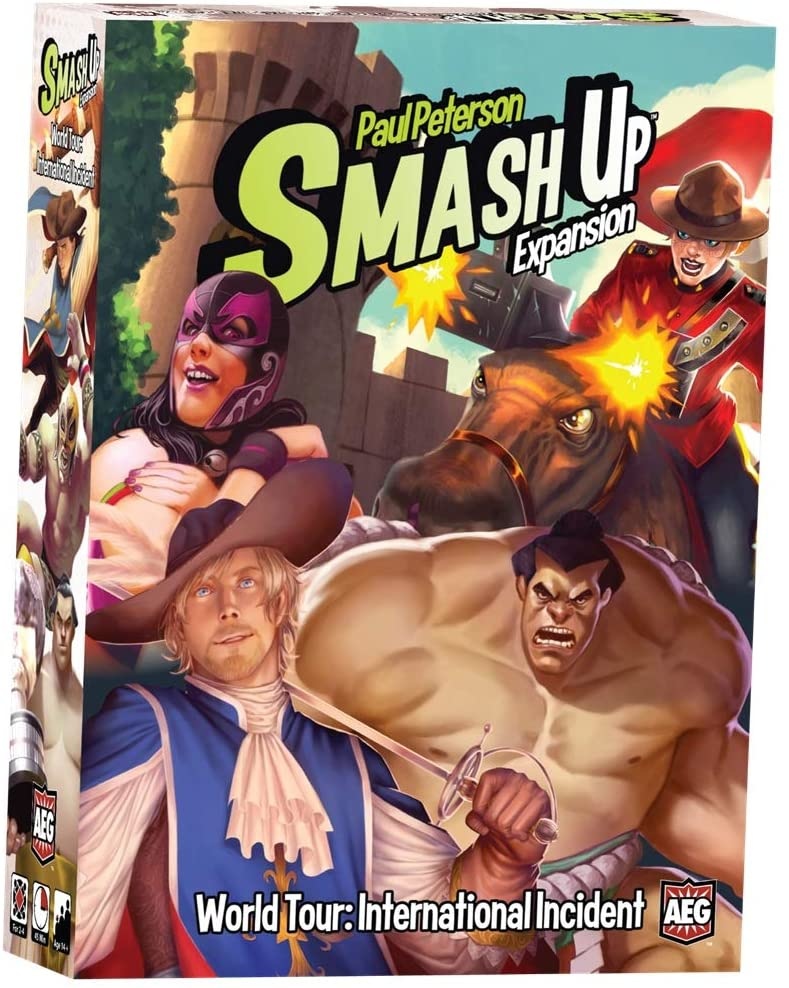 Smash Up: World Tour - International Incident is an expansion to the "shufflebuilding" game Smash Up.

Smash Up: World Tour - International Incident has a lot of fun new factions to bring to the table:

to begin, take the 20-card decks of two factions, shuffle them into a deck of forty cards, then compete to crush more Bases than your opponents. When a base is smashed, each player in first, second and third place scores points.