Home » SMASH UP: THAT 70s EXPANSION

SMASH UP: THAT 70s EXPANSION 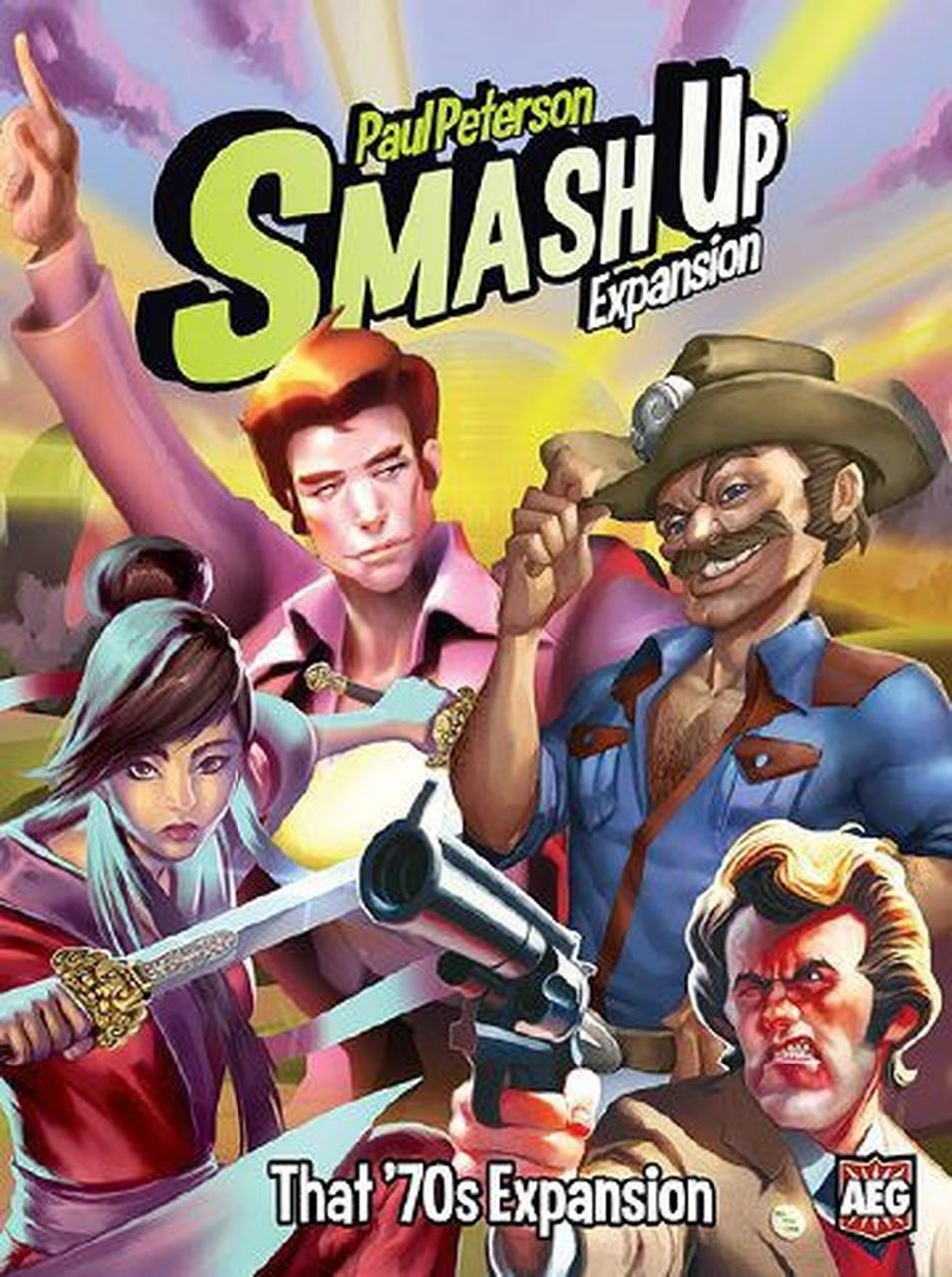 SMASH UP: THAT 70s EXPANSION

Smash Up: That 70s Expansion is an expansion to the "shufflebuilding" game Smash Up.

Smash Up: That 70s Expansion has a lot of fun new factions to bring to the table:

With a battle like that, I'm going to need some popcorn. I'm serious. Please make a movie about this. I mean, read that list and just think about it!

Anyway... to begin, take the 20-card decks of two factions, shuffle them into a deck of forty cards, then compete to crush more Bases than your opponents. When a base is smashed, each player in first, second and third place scores points.