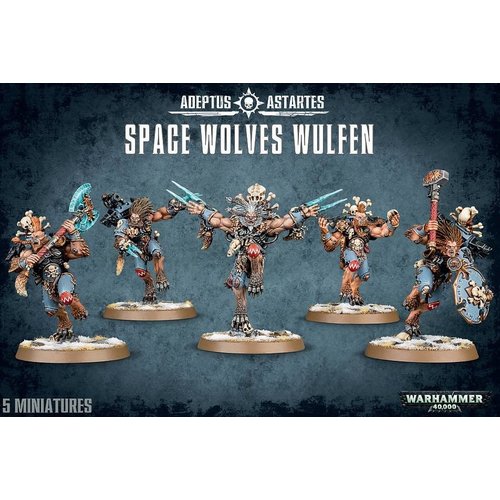 These guys are spaces marines that fell to their own genetic curse. The trade off? Will kill things dead in close combat. Silver weapons may not work, cause you know, super soldiers and what not. Read more

Within every Space Wolf's gene-seed is a specific genetic sequence which grants them the acute predatory senses of the Fenrisian Wolf. But as they get transformed from a low human into a Space Marine, not every candidate is able to overcome the feral Curse within the gene-seed and they turn into a Wulfen. The Wulfen are Space Wolves who have succumbed to the Curse and transformed into savage, malformed lupine mutants who are hard to control, who charge across the battlefield unable to contain their feral instincts and attack anything that crosses their path. Many Space Wolves warriors do not succumb to the Curse for centuries and must continuously fight against the beast that rages within them, but some eventually surrender and unable to contain the ferocity of the wolf and they suffer the horrible fate of transforming into one of these fell creatures.

Each Wulfen can be armed with either, a pair of frost claws, a thunder hammer and storm shield or a double-handed frost axe. Also each Wulfen can take a stormfrag auto-launcher, giving them a ranged attack as they charge across the battlefield. One model can be assembled as a pack leader. Now add these fearsome new unit to your Space Wolves collection. 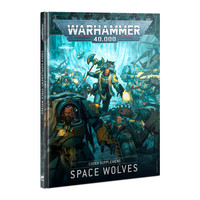 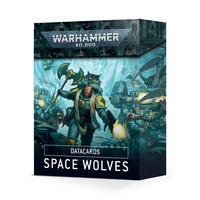 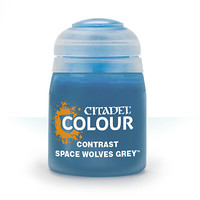 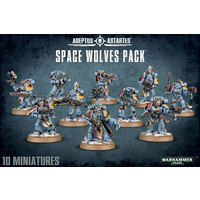