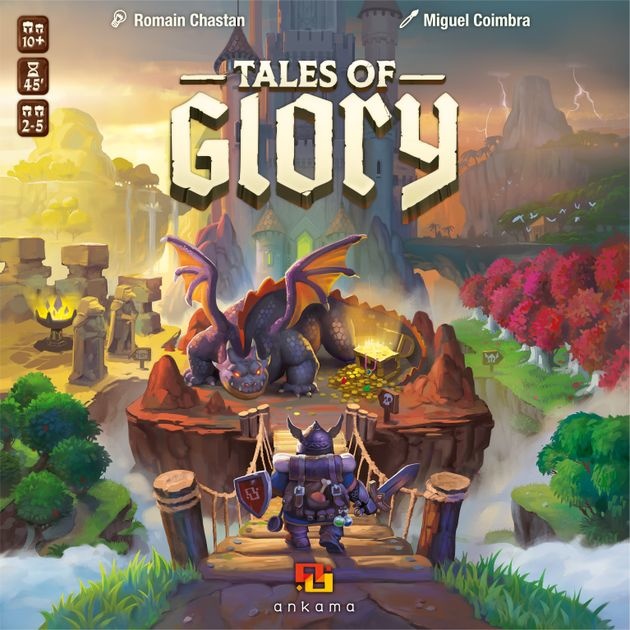 All heroes need to prove their worth! In Tales of Glory, the players play emerging heroes. Each turn represents a year in the heroes' lives, and each player decides what their hero has done that year (defeated a monster, looted treasure, met people, etc.) to try to gain glory. After ten turns, the player with the most glory wins.

Each turn, players simultaneously select a quest they want to do from a common pool. They then have to pay the cost of the quest and place it on their "path of life" connected to another quest they already made or their departure area.

Some quests such as slaying monsters bring immediate glory points while others are affected by what players have done before or will do afterwards on their path of life.