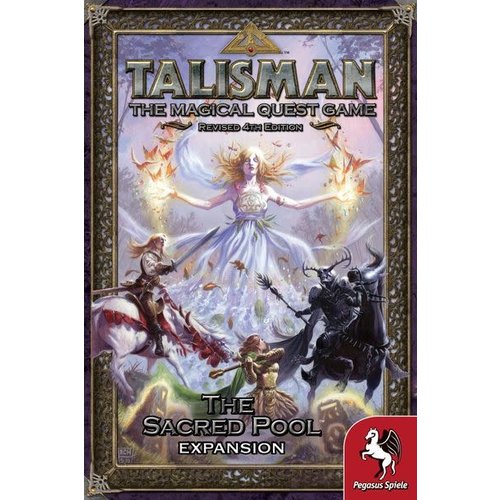 Drawn by powers as old as time itself, the spirits of light and the forces of darkness are gathering their strength. A line has been drawn between the heavens and the abyss. War is coming!

The Sacred Pool, an expansion for the classic board game Talisman, brings new excitement and tension to your quest for the Crown of Command! Four new playable characters (Chivalric Knight, Dread Knight, Cleric and Magus) join the race for power, and never-before-seen Alternate Ending cards ensure ample replayability. Meanwhile, Stable cards bring you useful equestrian followers, and Quest Reward cards give new incentives to complete the perilous Warlock Quests! In addition, The Sacred Pool presents new reasons to watch your character’s alignment. The inclusion of Neutral Alignment cards allow you to follow new paths in Talisman and possibly receive greater rewards...if you choose the right side.

Will you stand in the light or fall into darkness? 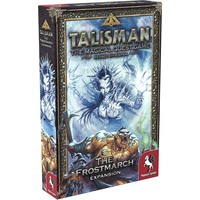 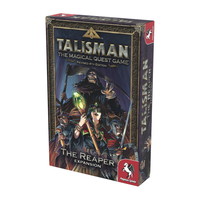 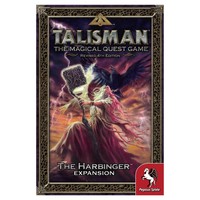 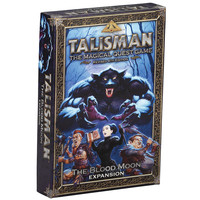 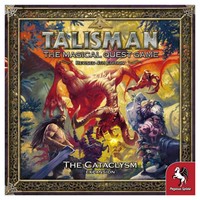 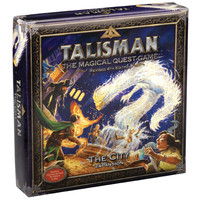 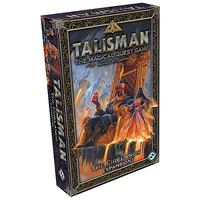