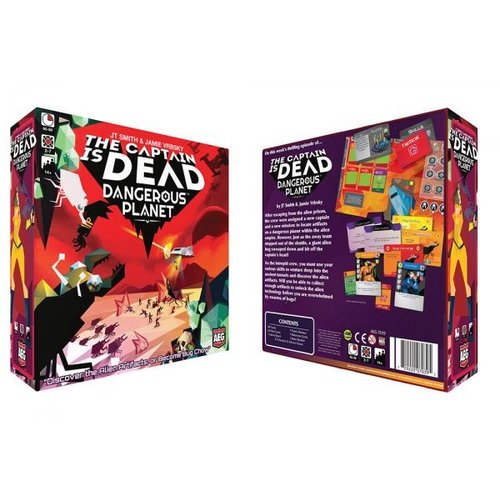 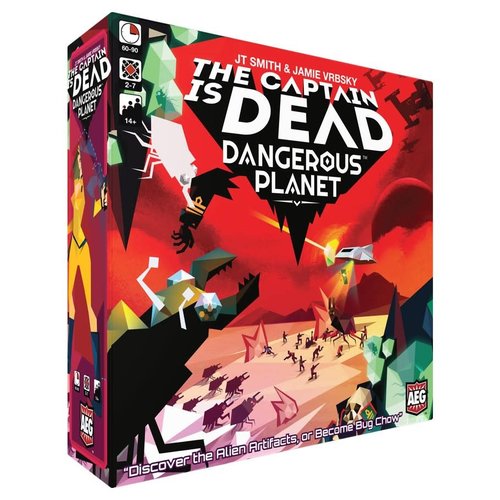 THE CAPTAIN IS DEAD: DANGEROUS PLANET

The intrepid crew escaped the alien prison in Lockdown. Now, having been assigned a third captain, they are on their first away mission! Taking their shuttlecraft to the surface of an abandoned alien planet, they are tasked with discovering alien relics that may point to why the alien empire detests our Spacefleet so much, and how we may one day forge peace.

Of course, your new captain was very diplomatic, and upon encountering giant bugs that may very well be the reason the aliens abandoned the planet, he chose to attempt to communicate. The bugs communicated by biting his head clean off. So now, once again without a captain, the crew must attempt to complete the mission by exploring tunnels and obtaining relics, all while fighting off a swarm of bugs!

The Captain Is Dead: Dangerous Planet uses the mechanisms of The Captain is Dead in a whole new way. Through exploration and area defense, you'll try to survive long enough to obtain the necessary relics — but should the bugs attack the shuttlecraft enough times, you won't be able to escape! The Dangerous Planet tunnel system is modular, for easier and harder challenges.