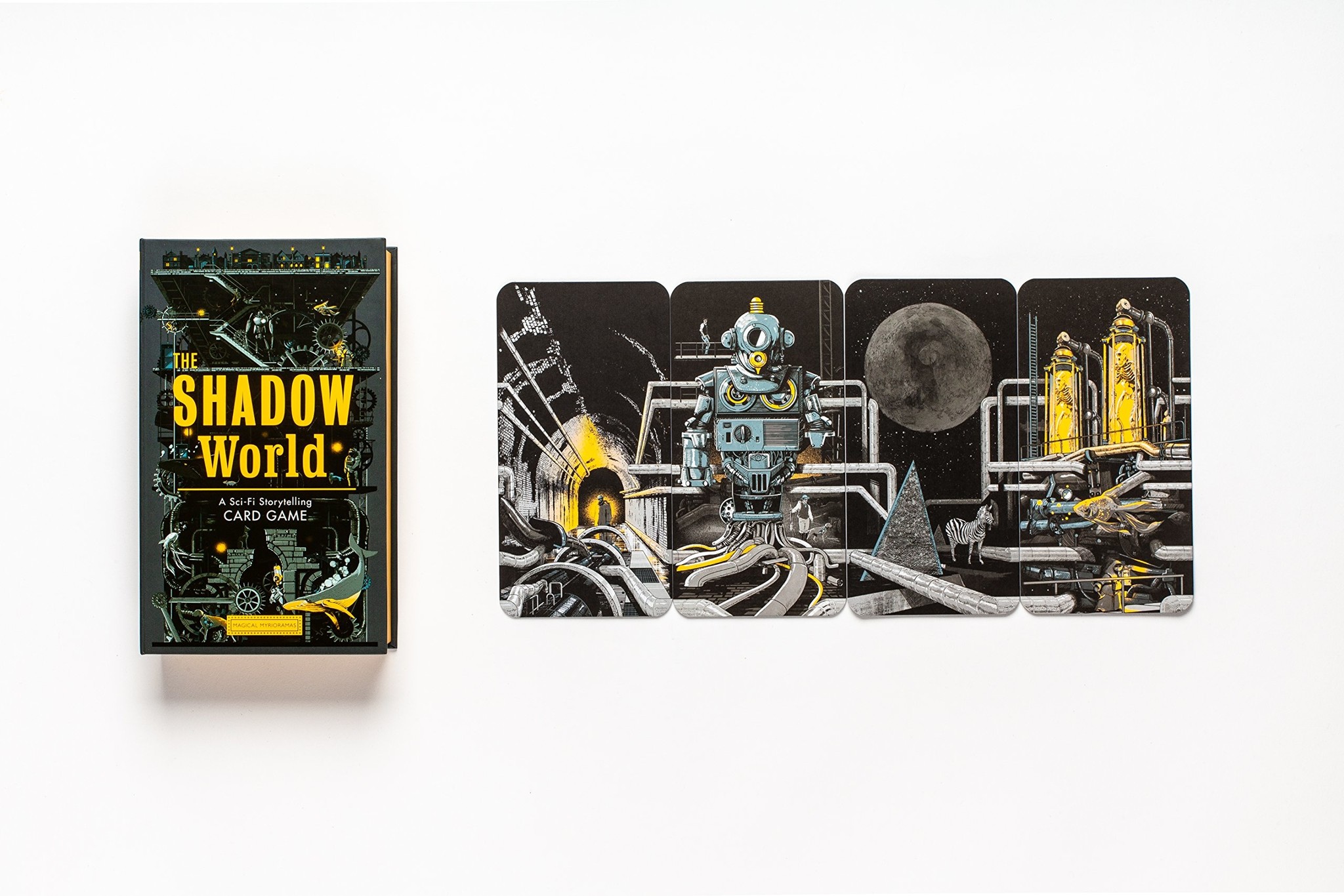 Cards and dice board game half-cooperative, based on the Shadow World universe.

Vampires, werewolves and unusual humans fight to gain control of Dark City. To achieve that they should cooperate to overcome the adversities of the environment and compete with each other in order to become the first to complete its mission. Collect a balanced band, arm them with sophisticated equipment or powerful spells and face any kind of danger. Use the other players to your advantage. Prove you're worthy of being the leader of the dark city.

MECHANICS AND TYPE OF GAME
Shadow World: Arena is a game of cards and dice, mixing the dark world of the Shadow World universe with a complete but flexible system.
In it, players will create their bands through the Character cards, Allies and Accessories. The dice are your resources, and limits what skills can use each turn the members of our band, providing a random point in the game.

Then everyone will try to accomplish the mission being assigned. To do this they will face unexpected events, and controlled by artificial intelligence enemies of the game itself and the interests of other players, because in the dark city, only one can claim victory.